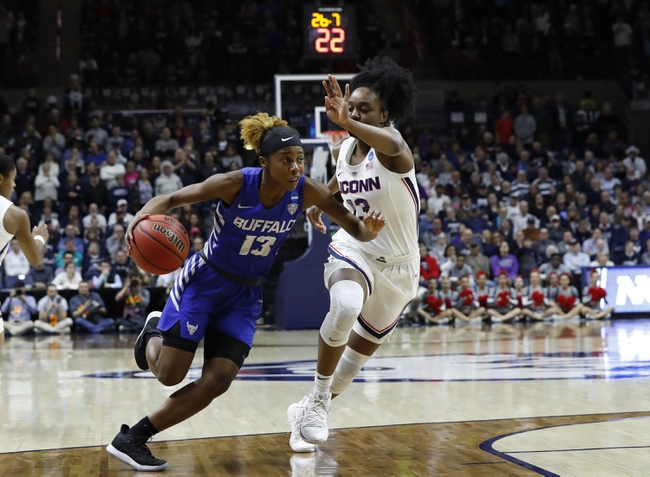 The Buffalo Bulls and the Toledo Rockets meet in college basketball MAC-tion from the Savage Arena on Friday night.

The Buffalo Bulls will try to leapfrog into the 3rd spot in the MAC East after improving to 6-5 in conference play following a 65-60 win over Central Michigan last time out. Buffalo boasts a group of five double-digit scorers led by Jayvon Graves who is averaging 16.2 points per game. Jeenathan Williams has 11.8 points while Davonta Jordan is averaging 11.4 points, 5.1 rebounds and a team-high 5.1 assists per game. Antwain Johnson has 10.8 points and Josh Mballa has 10.2 points with a team-high 9.4 rebounds per game this season. As a team, Buffalo is averaging 78 points per game on 43.7% shooting from the field, 31.8% from behind the arc and 65.3% from the foul line while allowing opponents to average 74.9 points on 43.8% shooting from the floor and 32% from 3-point range this season. Buffalo is 4-3 straight up and 4-3 against the spread on the road this season.

The Toledo Rockets will try to make up some ground in the MAC West standings after picking up a 65-57 win over Miami Ohio to improve to 4-8 in conference play. Marreon Jackson leads Toledo’s group of double-digit scorers with 19.7 points and 5.8 assists per game while Luke Knapke has 15.8 points and 8.1 rebounds per game. Willie Jackson is averaging a double-double per game with 11.9 points and a team-high 12 rebounds per game while Spencer Littleson is logging 10.3 points per game this season. As a team, Toledo is averaging 75.4 points per game on 44% shooting from the field, 37.2% from behind the arc and 73.1% from the foul line while allowing their opposition to average 70.3 points on 41.5% shooting from the field and 34.8% from behind the arc this season. Toledo is 7-5 straight up and 1-10 against the spread at home this season.

I would have a much easier time making a case for Toledo at home if the Rockets weren’t so atrocious against the spread at home this season. I get that they’re a much better team straight up, and maybe getting a low line at home can help cure what ails the Rockets. However, while Buffalo’s had issues defensively, the Bulls are still outscoring teams by 1.5 points per game in conference play and I’m just not sure the Rockets have enough offensively to keep up with Buffalo in this one. I’ll take the free bucket with Buffalo in a game the Bulls could and probably should win outright.