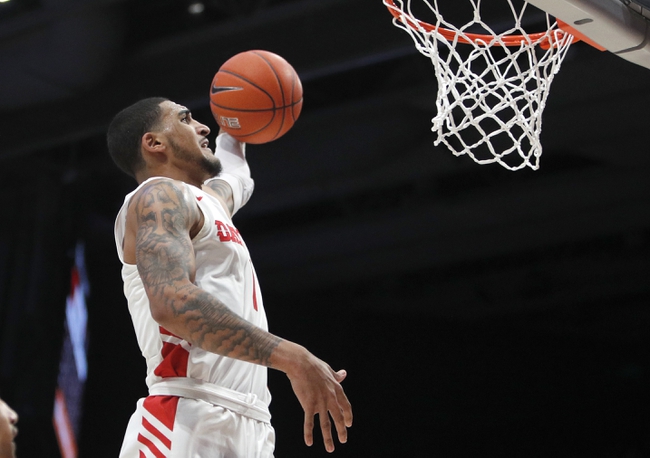 The Dayton Flyers and the UMass Minutemen meet in A-10 conference college basketball action from the Mullins Memorial Center on Saturday afternoon.

The Dayton Flyers will try to remain unbeaten in conference play and atop the A-10 mountain after improving to 11-0 in conference and 22-2 on the year with an 81-67 win over Rhode Island last time out. Obi Toppin leads the Flyers in scoring and rebounding with 19.7 points and 7.9 rebounds per game while Jalen Crutcher is averaging 14.7 points and a team-high 5.1 assists per game. Ibi Watson is chipping in 11.1 points and Trey Landers is averaging 11 points and 6.2 rebounds per game this season. As a team, Dayton is averaging the 5th-best scoring output in D-I, logging 81.6 points per game with the best field goal percentage in the nation, shooting 52.3% from the field. The Flyers are also shooting 36.7% from 3-point range and 73.3% from the foul line while allowing opponents to average 65.7 points on 41.6% shooting from the field and 34.2% from behind the arc this season. Dayton is 5-0 straight up and 2-3 against the spread on the road this season.

The UMass Minutemen will try to gain some ground on the teams above them after improving to 4-7 in conference play with a 69-67 win over George Mason last time out. Tre Mitchell leads the Minutemen in scoring with an average of 16.2 points per game while T.J. Weeks and Carl Pierre are each averaging double-digit averages in scoring with Weeks logging 14.7 points and Pierre adding 13.1 points per game. Sean East II leads the Minutemen in assists with 4.7 assists as well as 9.6 points per game while Samba Diallo leads UMass on the glass with 6.2 rebounds per game this season. As a team, UMass is averaging 69.5 points per game on 43.1% shooting from the field, 33.4% from behind the arc and 68.4% from the foul line while allowing opponents to average 72.9 points on 46.5% shooting from the floor and 32.7% from behind the arc this season. UMass is 9-3 straight up and 9-2-1 against the spread at home this season.

Head-to-head, the home team is 11-4 ATS in the last 15 meetings between these two teams.

The points with UMass are definitely tempting given how well the Minutemen have performed at home, as well as the fact that the home team’s had the bulk of the success between the two. However, while UMass has done well at home, no one has stepped through the door that poses the test that Dayton does, and while the Flyers haven’t performed against the number on the road, the Flyers are just the better team here and just took it to Rhode Island. I just think there’s a wide talent gap and wouldn’t be surprised if the Flyers won this one by at least 20 so I’ll lay the points with Dayton on the road here.