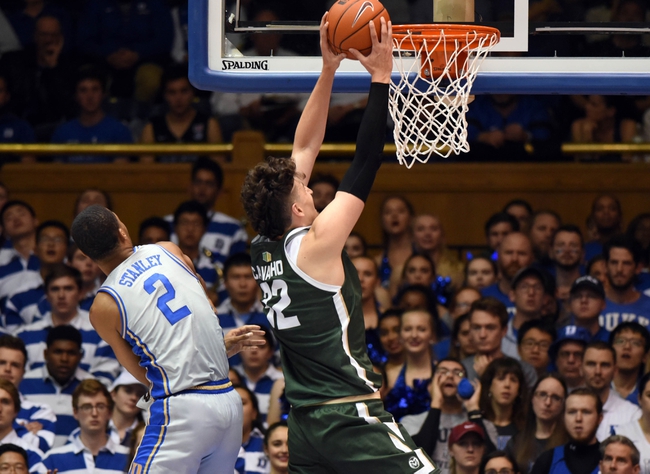 The Colorado State Rams and the UNLV Rebels meet in SEC college basketball action from the Thomas & Mack Center on Tuesday night.

The UNLV Rebels will try to join the fray near the top of the Mountain West after improving to 8-6 in conference play after a 78-73 win over New Mexico last time out. Bryce Hamilton leads UNLV in scoring with 15.3 points per game while Amauri Hardy is 2nd in scoring and tops in assists with 14.1 points and 3.1 assists per game. Donnie Tillman is averaging 10.1 points per game while Cheikh Mbacke Diong leads the Rebels in rebounding with 8.2 rebounds per game this season. As a team, UNLV is averaging 71.6 points per game on 42.7% shooting from the field, 31.2% from behind the arc and 70.6% from the foul line while allowing opponents to average 71.1 points on 43% shooting from the field and 34.2% from 3-point range this season.

UNLV is 10-6 straight up and 9-7 against the spread at home this season.

Head-to-head, the road team is 3-1-1 ATS in the last 5 meetings between these two teams.

This game could genuinely go either way and the line reflects that, so laying a point with UNLV at home doesn’t sound half bad. However, Colorado State has been playing some of the best basketball in the conference over the last month or so, and outside of a couple of hiccups against Utah State, the Rams have been pretty good against the rest of their opposition since the new year. I’ll take the point with Colorado State on the road as I just like the Rams a little bit more here.