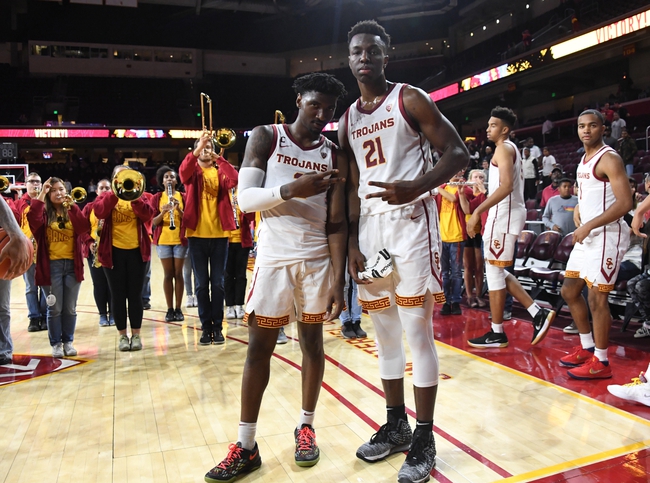 The Pepperdine Waves are set to visit Galen Center in Los Angeles, California for a non-conference clash against the USC Trojans. The Pepperdine Waves come into this matchup with a 3-1 record, and they will be looking to continue their success after winning their recent road game against the Abilene Christian Wildcats, 73-69. Leading the way for the Pepperdine Waves was junior guard Colbey Ross as he recorded 22 points and 6 assists. Senior forward Kameron Edwards had a productive game for the Waves as he pitched in 20 points and 6 rebounds.

The Pepperdine Waves had a good shooting game against the Abilene Christian Wildcats as they connected on 23 of their 51 field goal attempts (45.1%), but they were slightly worse from behind the three-point line (33.3%). The Pepperdine Waves lost the turnover battle against the Abilene Christian Wildcats (17-16), and they were edged out by the Wildcats in the rebounding department (32-30).

The USC Trojans come into this matchup with a 4-0 record, and they will be looking to continue their success after winning their recent road game against the Nevada Wolf Pack, 76-66. Leading the way for the USC Trojans was senior forward Nick Rakocevic as he recorded 24 points, 11 rebounds, and 2 steals. Senior guard Daniel Utomi had a productive game off the bench for the Trojans as he pitched in 12 points and 4 rebounds.

The USC Trojans have failed to live up to expectations over the last few seasons despite being one of the more talented teams in the country, but they have gotten off to an ideal start this year with a 4-0 record. The Trojans will be a major problem in the paint for Pepperdine as Nick Rakocevic (16.5 PPG, 9.5 RPG) and Onyeka Okongwu (14.5 PPG, 10.5 RPG) will control the paint with their length. Pepperdine may have a high-volume scorer in Colbey Ross, and the Edwards brothers have been very productive thus far, but the Trojans are a whole new type of team the Waves have yet to face. The Trojans are holding their opponents to an average of 61.2 PPG, and they will dismantle the Waves at home.