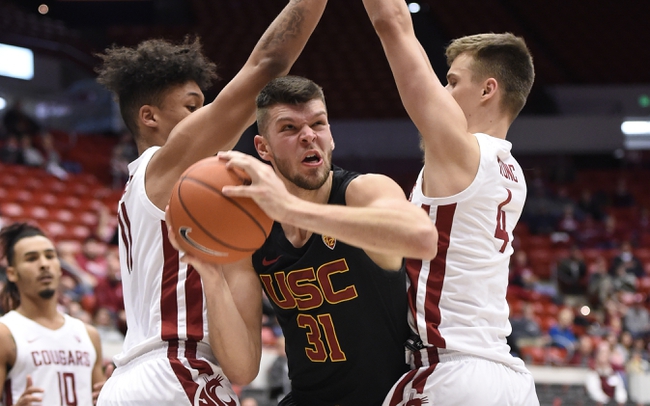 The Washington State Cougars and the USC Trojans meet in college basketball action from Galen Center on Saturday.

Washington State comes into this one at 14-11 on the year. The Cougars are 2-2 in the last four games, beating Arizona State and Washington while otherwise falling to Arizona and UCLA.

In the loss to the Bruins, Washington State’s Isaac Bonton led the team on 23 points with five assists and one rebound. Jeff Pollard added 20 points with six rebounds there, and Tony Miller had 10 points with three boards.

Over on the USC side, they’re 18-7 on the year. After dropping three straight to Colorado, Arizona and Arizona State the Trojans got a win versus Washington on Thursday.

As for USC, they’re in a bit of a scoring lull themselves, with 126 combined points in their last two games. The Trojans banged out a 65-56 win the last time these teams met up, but I think the Cougars will do a little better here and cover.