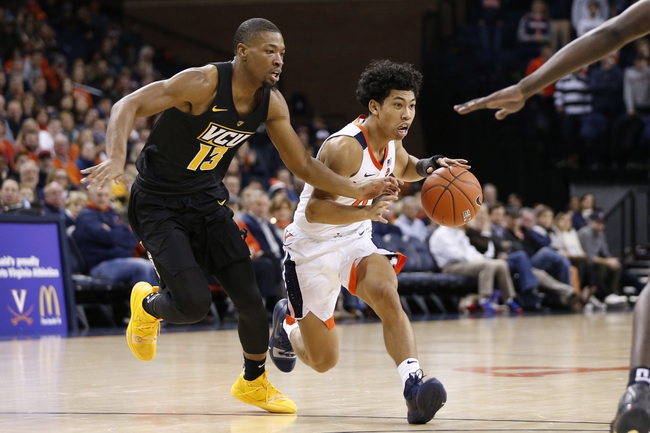 The Mean Green are in need of a step up from last year's offensive production.  North Texas averaged less then 70 points per game last year (69.8), that placed them 10th in Conference USA in that category.  The Mean Green scored 10 more points then last year's average in the opening game.  The Mean Green shot 61% from the floor, while committing 20 turnovers.

In the win, VCU was led by Marcus Santos-Silva in a monster of a performance, totaling 21 points and 18 rebounds. The Rams shot 49% from the floor in the game.  The Rams struggled from deep, shooting 3 of 13 from 3 point range.  The Rams led by as many as 21 points, but the Rams had 18 turnovers, which led to St. Francis hanging around.

Mean Green are 1-7 ATS in their last 9 road games.

Rams are 1-4 ATS in their last 5 non-conference games.

Rams are 2-5 ATS in their last 7 games overall.

North Texas while eclipsing their offensive point total average from a year ago in their season opener, the Mean Green only scored 79 points against a non division I school.  If the Mean Green are going to want to compete with VCU, they will have to score the ball consistently.  That was a problem for the Mean Green last year.  The Rams had a stout defense las year and return all of their key pieces on both sides of the ball.  The Rams led the A10 last year allowing the fewest points per game (61.9).  VCU should have their way in this one, if the Rams can limit the turnovers.  Final score prediction, VCU will win ad cover, 76-57.