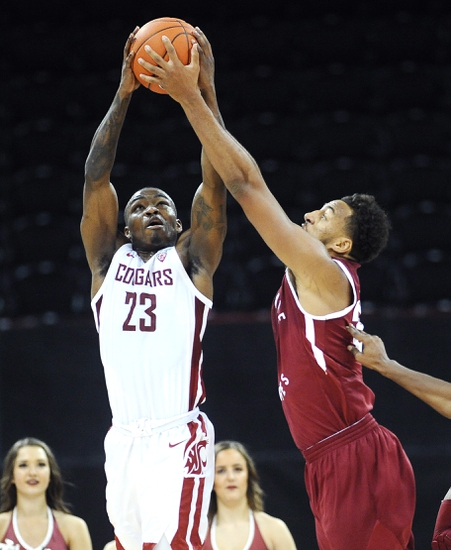 With the win against Cal Lutheran, UC Riverside improve to 7-3 on the season and will be looking to upset Washington State on their home court.   Callum McRae is the leading scorer for the Highlanders as he has recorded an average of 11.4 points per game this season.  McRae also leads the Highlanders in rebounds per game with 8.2.   Khyber Kabellis leads UC Riverside in assists per game as he has averaged 3.3 on the year.

The Washington State Cougars welcome the UC Riverside Highlanders to campus after winning their last game by the score of 63-54 against New Mexico State.  Washington State was led in points by C.J. Elleby as he scored 20 points while shooting 4 of 8 from the field and 10 of 13 from the free throw line.  Jeff Pollard led the Cougars in rebounds in the game, recording 10 with 3 coming offensively.  Jervae Robinson led the Cougars in assists with 4 while playing a total of 24 minutes in the game against New Mexico State.

With the win against New Mexico State, Washington State improved to 5-4 on the season and will be looking to keep on winning against UC Riverside.  C.J. Elleby leads Washington State in points per game this season with 20.1.  Elleby has also led the Cougars in rebounds as he has averaged 6.2 per game on the year.  Jaylen Shead has been the leader in assists for Washington State as he has recorded 3.3 assists per game.

The pick in this article is the opinion of the writer, not a Sports Chat Place site consensus.
Previous Pick
Chattanooga Mocs vs. Troy Trojans - 12/15/19 College Basketball Pick, Odds, and Prediction
Next Pick
Bradley Braves vs. Georgia Southern Eagles - 12/15/19 College Basketball Pick, Odds, and Prediction