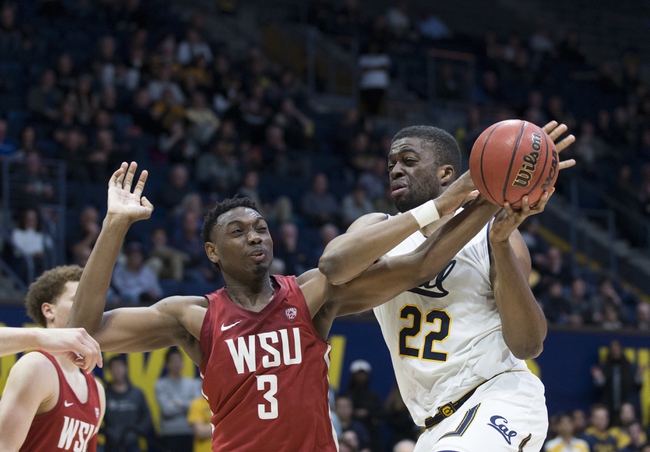 The Cal Golden Bears will try to climb some ranks in the Pac-12 standings, sitting at 4-8 in conference play after a 4th straight loss, coming in the form of an 80-75 defeat against Arizona State. Matt Bradley leads the Golden Bears in scoring with 17.8 PPG while Grant Anticevich leads the Golden Bears in rebounding with 5.6 RPG and Paris Austin leads Cal in assists with 2.4 APG this season. As a team, Cal is averaging 62.7 points on 42.7% shooting from the field, 34.7% from behind the 3-point line and 71.1% from the foul line while allowing opposing teams to average 68.4 points on 42.7% shooting from the field and 35.6% from 3-point range this season. Cal is 0-7 straight up and 1-6 against the spread on the road this season.

I haven’t been a fan of either one of these teams lately, but the fact is that Washington State plays a lot better at home compared to their play on the road while Cal is just a near auto-fade every time they take the court away from home, as the Golden Bears are scoring just 53.4 points per game on the road and are being outscored by 15.7 points in those games. I just think this is another game that Cal struggles on the road, so I’ll lay the points with Washington State here.