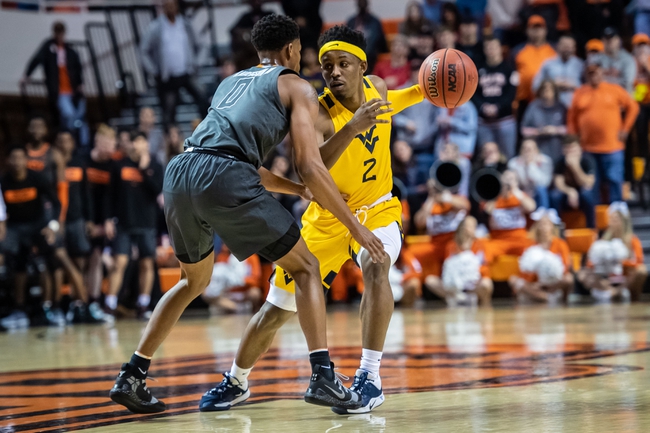 The Oklahoma State Cowboys and the West Virginia Mountaineers meet in college basketball action from WVU Coliseum on Tuesday.

Oklahoma State enters this one at 13-12 so far. The Cowboys are 3-3 in their last six games, losing to Kansas, Oklahoma and Baylor while beating TCU, Kansas State and Texas Tech.

Over on the West Virginia side, they’re 18-7 this year. The Mountaineers are riding a three-game losing streak right now, falling to Oklahoma, Kansas and Baylor during that stretch.

In the loss to Baylor, West Virginia’s Taz Sherman led the team on 20 points with two assists and one rebound. Oscar Tshiebwe posted a double-double there with 11 points, 12 rebounds and one assist as well.

The road team is 7-1 ATS in the last eight meetings between these teams and Oklahoma State is 3-2 ATS versus the Mountaineers over the last three seasons.

Oklahoma State pulled off a great win over Texas Tech in their last outing, and the Cowboys are 3-1 in their last four. There are some tough games left on the schedule though, beginning with this one.

As for West Virginia, they’ve been flailing a bit over the last three, as none of those games has been close, really. This is going to be a telling game for the Mountaineers, who haven’t hit 60 points in any of their last trio either. Still, I think Oklahoma State is hot enough right now to flirt with a cover.