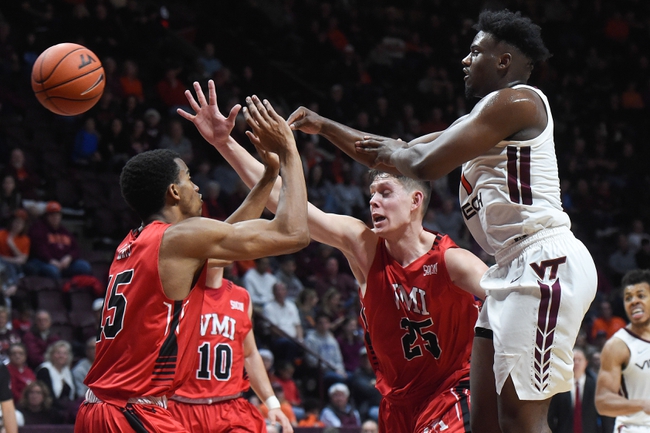 The VMI Keydets and the Western Carolina Catamounts meet in college basketball action from Ramsey Center on Wednesday.

VMI enters this one at 7-20 so far. A recent win over the Citadel stopped a four-game losing streak, but since then the Keydets have fallen to Chattanooga and East Tennessee State in their last pair.

In the loss to the Buccaneers, VMI’s Travis Evee led the team on 23 points with two rebounds and one assist. Sean Conway doubled up with 12 points and 10 boards there, and Kamdyn Curfman chipped in 10 points.

Over on the Western Carolina side, they’re 16-9 this year. After dropping consecutive games versus Furman and UNC-Greensboro, the Catamounts got a win versus Wofford Saturday.

In the win over the Terriers, Western Carolina’s Carlos Dotson led the team on 25 points, 12 rebounds and three assists. Mason Faulkner had 23 points with six assists and seven rebounds, and Onno Steger added 12 points.

VMI put up a pretty good effort against a surging East Tennessee State team. Still, the Keydets have posted a relatively tepid 67 points in each of their last two games. VMI has a better offense than that and won’t be operating at peak efficiency until they can work that out more consistently.

As for Western Carolina, they’ve been pretty hit and miss when it comes to scoring over the last six games or so, but the solid win over Wofford is encouraging. I’m going with the Catamounts to keep it going here.