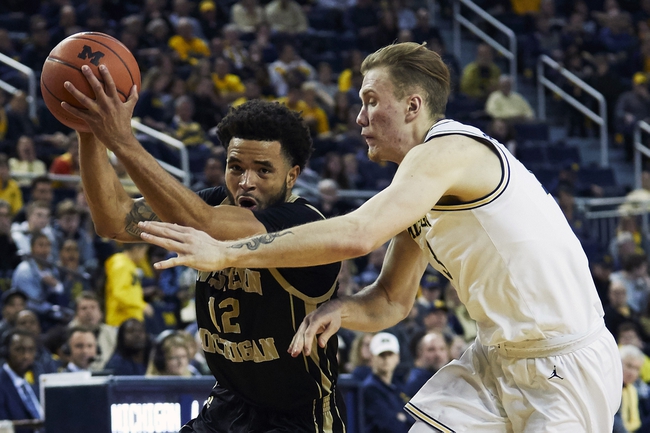 The Golden Grizzlies are a team that has been able to pick up quite a few wins on the year, but have a lot of losses as well. The last 2 games for the Golden Grizzlies have been losses and in the game against Northern Illinois the game was not even close in the losing effort.

For the Oakland team they have managed to score at a clip of only 63.3 points a game. The defense is giving up 63.1 points a game. When it comes to rebounding Oakland has ended up getting 39.8 boards a game while getting 12.3 assist a game.

Western Michigan is heading into the game here with a five hundred record as well at 4-4. However, when playing at home the Broncos are 3-0, compared to the Oakland 0-3 road record. The last game on the court for the Broncos was a 59-55 loss to Seattle.

This year Western Michigan has managed to put a in total of 69.5 points a game. The downside is the defense for the Broncos is horrible giving up 77 points per game. The rebounding has been done to the tune of 35.7 boards a game and passing is not that strong with only 9.8 assist a game.

With the Broncos the team has dropped a couple of games recently and it appears the offense misplaced the directions to the court in the games. The defense for the Broncos played decent in the recent losses. Look for that to continue in the game here as the offense has fallen flat while Oakland has ended up being consistent in how the Golden Grizzlies have played. Final Score Prediction, Oakland Golden Grizzlies win 61-58.