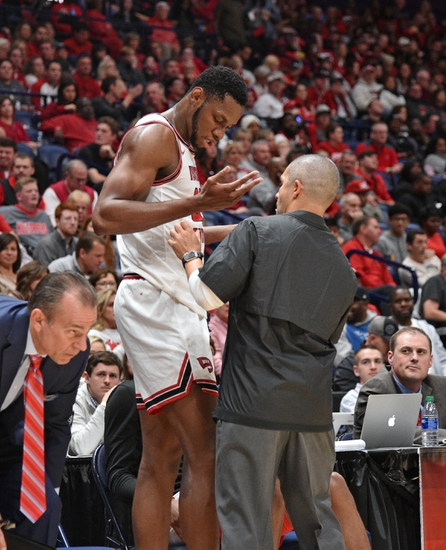 The Western Kentucky Hilltoppers travel to the Nutter Center for a matchup against the Wright State Raiders. Western Kentucky lost their last time out to recently named number one team in the country, the Louisville Cardinals. The Hilltoppers were over matched and lost the game 71-54 to drop to 6-2 on the season. Wright State played a close game against Miami Ohio, winning 71-66 to improve to 6-2 on the season.

Both teams have fast paced, high scoring offenses. Wright State holds a small advantage averaging 81.4 points per game which ranks in the top 50 in the nation in scoring. Just outside the top 50, the Western Kentucky Hilltopers who average 80.2.

Western Kentucky is led by the 9th ranked recruit in the 2018 class, center Charles Bassey. Bassey averages 15.5 points per game and adds nearly 10 rebounds for the Hilltopers. He will need to excel on both ends of the ball in order for the Hilltoppers to succeed as Bassey is the only player on the roster listed over 6’6 that has seen significant time this season.

The defensive battle should be relatively even as both teams give up an average of just a shade under 70 points per game.

Western Kentucky and Charles Bassey will be able to control the game and pull out the win. Final score prediction, Western Kentucky Hilltoppers 75 Wright State Raiders 71.