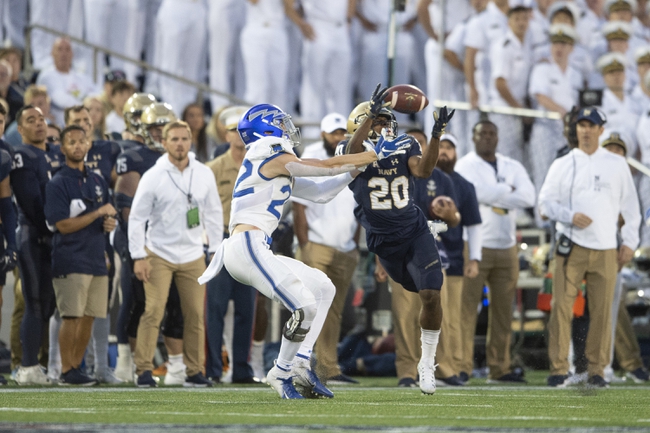 The Bulldogs have to go to Colorado to face the Air Force team. While normally a game against a military academy would be considered a slam dunk win, the teams here recently have really improved and are a threat anytime they go on the field. Take for instance the last game out for the Falcons was a loss, but it was to Navy in a game that ended up being a 34-25 thriller of a game.

Fresno State is heading into the game here after picking up a win over New Mexico State. However, that is not that impressive if you consider some of the wins the Fresno State squad has. One of those wins the team picked up came against Sacramento State and that was a victory that was a hard pressed win on the team.

At home the Falcons have been able to play decent and that will continue in this game here. However, what else helps the Falcons out is the fact that the team will be able to score against a fairly suspect Bulldogs defense. The Falcons defense also has a decent game here as they are able to control the game and close down the Bulldogs offense. Final Score Prediction, Air Force Falcons win and cover ATS 35-28.