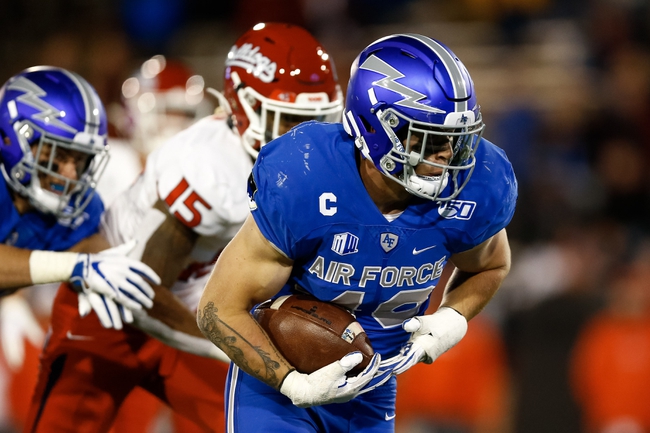 The Utah State Aggies visit Falcon Stadium in Colorado Springs, Colorado on Saturday to play the Air Force Falcons. The Aggies improved to 4-2 on the season following a 36-10 victory over the Nevada Wolfpack. The Aggies were led by Gerold Bright who rushed for 126 yards and a pair of touchdowns, while Savion Scarver returned a kickoff 100-plus yards for a touchdown in a game played in the driving snow.

Jordan Love has thrown for 1,506 yards, seven touchdowns and nine interceptions for Utah State. Gerold Bright is the leading rusher with 445 yards and four touchdowns, while Siaosi Mariner leads all Aggies receivers with 403 yards and two touchdowns. David Woodward is the leading tackler with 82.

Air Force improved to 5-2 on the season following its 56-21 rout of Hawaii. Michael Schmidt accounted for four Air Force touchdowns after coming off the bench to help lead the Falcons to the win. The Falcons gained 324 total yards in the first half and touchdowns in seven of its 10 possessions. Donald Hammond III had to leave after the quarterback fell on his throwing shoulder during the first Air Force possession.

The UNDER has cashed in 4 of the Aggies last 5

The OVER has cashed in 5 of the Falcons last 7