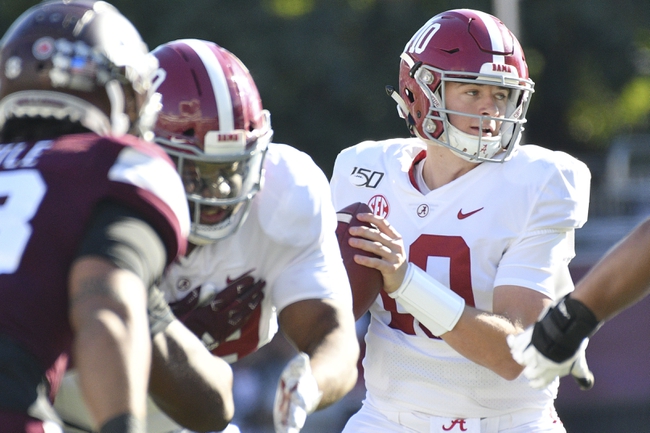 Even with Alabama (9-1) losing quarterback Tua Tagovailova for the season, this is not a good time to be facing Alabama. The Crimson Tide host Western Carolina (3-8) this week and need to impress to get a playoff spot that seems to be slipping away.

Western Carolina is coming off a loss to a 5-6 team that ended a two-game win streak.  The Catamounts have given up 59 or more points twice this season, and have not faced a D-1 foe yet. Western Carolina is averaging 19.5 points and giving up 36.

Tyrie Adams has passed for 1587 yards, 11 touchdowns, and five interceptions for the Catamounts.  Adams has also run for 409 yards and five touchdowns. Donavan Spencer has run for 491 yards and four touchdowns, and Connell Young has 468 yards rushing. Western Carolina has four interceptions, and John Brannon has three of them. Western Carolina is averaging 153 yards rushing and is giving up 260.  The Catamounts have out-passed their opponents by a 184-164 average.

Western Carolina has given up 162 points in the second quarter this year, more than twice as many than any other quarter.

Alabama will have a challenge with the backup quarterback starting the game and that often means a different offensive playbook that is more limited. However, playing against Western Carolina helps the Crimson Tide get into the game here. Look for the limited offense of the Crimson Tide to make the difference in the game here. Final Score Prediction, Alabama Crimson Tide win and cover 35-14.