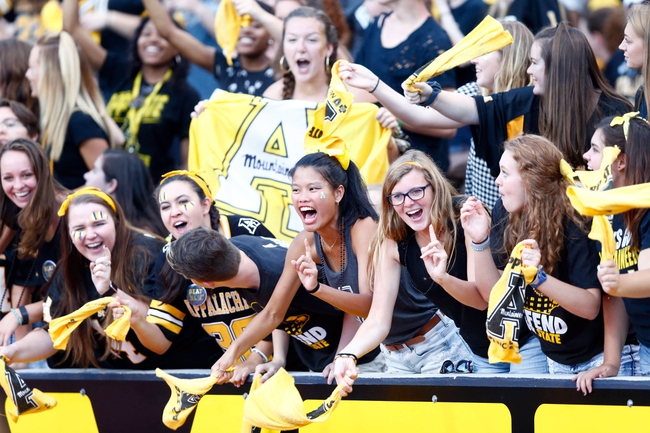 The Charlotte 49ers and the Appalachian State Mountaineers will meet up in Week 2 college football action Saturday.

Charlotte opened things up with a victory in Week 1 against Gardner-Webb. The Niners put up 28 points in the second quarter in that one and cruised to a 49-28 win.

Charlotte’s Chris Reynolds and Brett Kean combined for 186 yards passing in the Week 1 win, with two touchdowns and three picks between them. Ben Lemay led the 49ers in rushing with 120 yards and two TDs.

Over on the Appalachian State side, they recorded a big win in their opener as well. the Mountaineers scored in every quarter during a 42-7 drubbing of East Tennessee State.

Zac Thomas posted a solid line for App State in the Week 1 win, with 150 yards and two touchdowns. Darrynton Evans rushed for 99 yards and a score, and Thomas Hennigan led the Mountaineers in receiving with 79 yards and a TD.

Charlotte opened up the season with a pretty solid performance overall, but there are a few things they need to shore up—specifically turnovers and the passing game in general.

Stats-wise App State looked a little better in their opener, and I like the Mountaineers to keep it rolling and cover here with another nice performance.