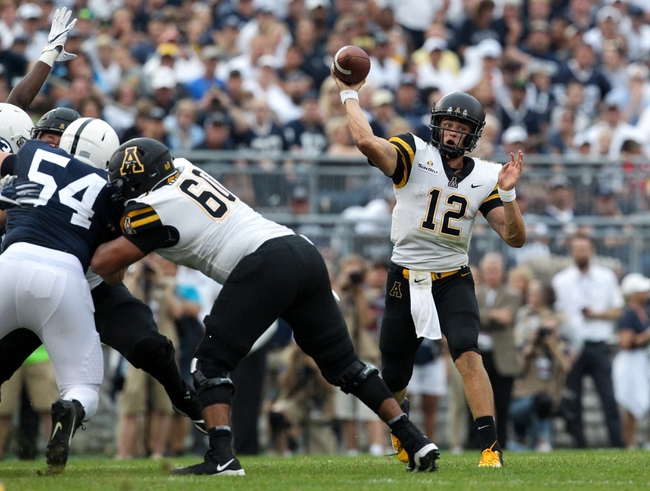 The East Tennessee State Buccaneers come into the 2019 campaign looking to repeat some of the same success from the 2018 season, finishing the year with an 8-4 overall record, earning a spot in the FCS playoffs where the Buccaneers fell to Jacksonville State in the first round by a final score of 34-27. The Buccaneers will be looking for a new QB after Austin Herink finished his time with the program, but the Bucs bring in a pair of transfers under center, including former Miami QB Cade Weldon and former Coastal Carolina QB Chance Thrasher. Quay Holmes and Jacob Saylors are back in the ETSU backfield, with Holmes returning after leading the Buccaneers with 928 yards and 13 touchdowns while Saylors had 615 yards and 4 scores of his own. Keith Coffee and Braxton Richburg are also back to lead the receiving corps, but will be looking for the x-factor to replace big play threat Kobe Kelley who also departed from the program. Defensively, the secondary returns a ton of talented veterans, including Tyree Robinson who logged 6 interceptions last season while Jeremy Lewis and Kaon DeLince will lock up the top cornerback slots. Jared Folks is back in the linebacking corps after logging 80 tackles last season while Nasir Player and Jason Maduafokwa are back after combining for 12.5 sacks and 23 tackles for loss last season. As a team, East Tennessee State averaged 358.1 yards of total offense and 26 points per game while allowing 351.2 yards and 26.4 points per game last season.

The Appalachian State Mountaineers will look to build on their own 2018 success after finishing the regular season with an overall record of 11-2, including 7-1 in Sun Belt conference play, winning the Sun Belt East division in a tiebreaker with Troy, earning a spot in the inaugural Sun Belt championship game, defeating Louisiana by a final score of 30-19. The Mountaineers then received an invite to the New Orleans Bowl, where they took down Middle Tennessee by a final score of 45-13. Zac Thomas is back after throwing for 2,039 yards, 21 touchdowns and 6 interceptions on 62.6% passing as well as 504 rushing yards and 10 ground scores last season. A lot of the offense that finished second in the conference in total offense and tops in scoring is back as well, with leading rusher Darrynton Evans returning after rushing for 1,187 yards and 7 scores last season. Corey Sutton is back to lead the receiving corps after leading App State with 44 grabs for 773 yards and 10 TDs last season, one of eight of the top nine top receivers returning for the Mountaineers this season. Defensively, seven starters and four of the team’s top five tacklers return, starting with Elijah Diarrasouba and Chris Willis up front. Leading tackler Akeem Davis-Gaither is back in the linebacking corps after registering 105 tackles last season while Jordan Fehr is back at inside linebacker after logging 85 tackles and 5.5 sacks last year. Josh Thomas and Desmond Franklin return in the Mountaineers’ secondary but the Mountaineers will need to groom some young cornerbacks to fill the void left by Clifton Duck and Tae Hayes from last year’s squad. As a team, Appalachian State averaged 431 yards of total offense and 37.3 points per game while finishing top-5 in the country defensively, allowing 288.3 yards and just 15.5 points per game last season.

East Tennessee State definitely has the potential to ruffle some feathers in the FCS this season, but it’s going to take some time for the Bucs to get acquainted and settled after having to find a new starting QB to lead their system. App State was the best team in the Sun Belt last season and was arguably the best non-power 5 team last season, and should be able to pick up right where they left off from last season.