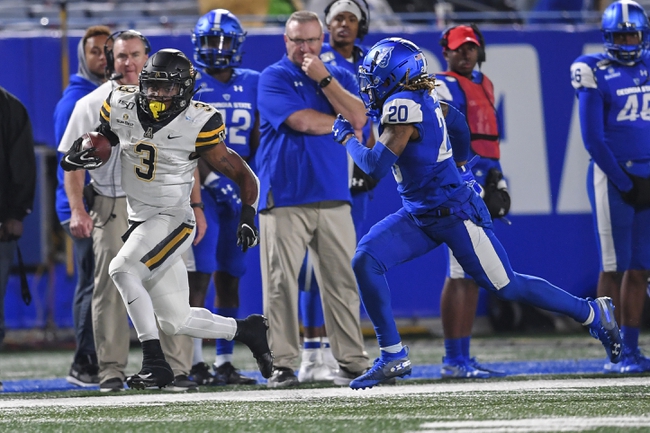 The Texas State Bobcats visit Kidd Brewer Stadium in Boone, North Carolina to play the No. 25 ranked Appalachian State Mountaineers. The Bobcats fell to 3-7 overall following a 63-27 loss to Troy on Saturday. Texas State gave up 471 yards of total offense. Tyler Vitt threw for 263 yards and two touchdowns but was picked off four times in the loss.

The Mountaineers improved to 9-1 overall and 5-1 in Sun Belt play following a 56-27 rout of Georgia State. The Mountaineers trailed 21-7 late in the first quarter and scored 49 straight points before the Panthers scored again. Zac Thomas threw four touchdown passes and rushed for one, while Darrynton Evans gained 131 yards on the ground with one touchdown.

Appalachian State sits atop the Sun Belt Conference East division at 5-1 and needs to win to maintain that spot and play in the conference title game. The Mountaineers have covered 7 of the last 8 versus an opponent with a winning percentage below .500, while Texas State has failed to cover each of its last 4 on the road and 10 of its last 11 overall. Final Score Prediction, Appalachian State Mountaineers win and cover ATS 41-10