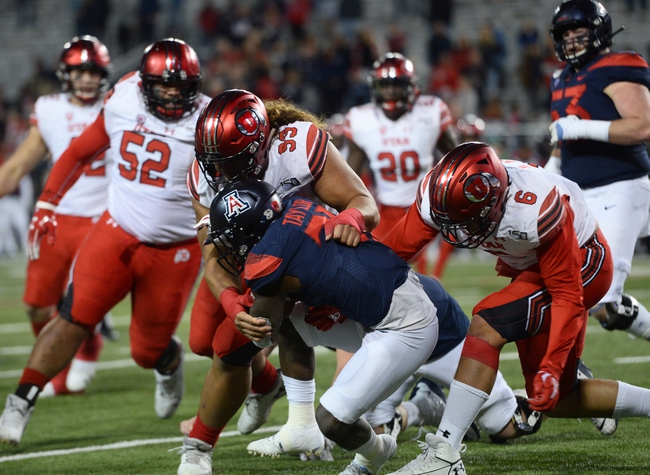 The Arizona Wildcats go to Sun Devil Stadium to take on state rival Arizona State Sun Devils in Tempe, Arizona, in a battle of the two worst Pac-12 teams this season. The Arizona Wildcats have been disappointing on all fronts this season, resulting in a 4-7 record and a six-game losing streak. The Wildcat’s most recent loss came last week against Utah, falling to the Utes 35-7 as Utah running back ran for a season-high 203 yards, dominating Arizona.

The Wildcats haven’t had much to sing the praises for this season, and a win here would do a lot for the fans to bring them some happiness. A big disappointment has been quarterback Khalil Tate, who showed in 2017 his spectacular ability, but hasn’t been able to repeat those performances. The Wildcats defense has been dreadful this season, allowing 306.7 passing yards per game and 36.8 points per game.

Arizona State hasn’t had the best year either; however, this team seems to have more hope than most teams with a 6-5 record. The Sun Devils are coming off of a huge upset, defeating #6 Oregon 31-28. A huge reason for the win for Arizona State was because of Freshman Quarterback Jayden Daniels, who threw for 408 yards and three touchdowns.

Daniels has had an incredible season, throwing 17 touchdowns and only throwing two interceptions. The Sun Devils are able to beat just about anyone if they are on form, which they proved last week. Much of their matureness and poise comes from Head Coach Herm Edwards, who is slowly building something in Tempe, and the Sun Devils, though not having a great season, have something to look for to for the future.

The spread is set at Arizona State -12.5. After the upset that the Sun Devils pulled off, theirs no way I do not go with them here; however, I do not think that they cover the spread. 12.5 points are simply too much for me to feel comfortable with as the final game and in-state rivalry game. Final Score Prediction, Arizona State wins, but Arizona covers, 28-21.