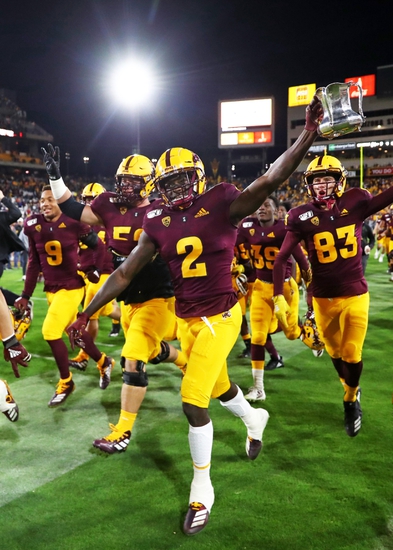 The Florida State Seminoles head to El Paso, Texas on Tuesday, December 31st for a game against the Arizona State Sun Devils in the Tony the Tiger Sun Bowl.  Florida State finished the regular season with a record of 6-6, good enough for a 3rd place finish in the ACC – Atlantic Division.  Seminoles quarterback Jake Blackman has thrown for 2,095 yards and 16 touchdowns this season against 7 interceptions.  Running back Cam Akers has led Florida State in rushing this season, carrying the ball 231 times for 1,144 yards and 14 touchdowns.  The leading receiver for Florida State this season is Tamorrion Terry who has caught 51 passes for 1,023 yards and 8 touchdowns.

The Arizona State Sun Devils head to the Sun Bowl for their game against Florida State after finishing the regular season with a record of 7-5.  The Sun Devils record was good enough for a 3rd place finish in the Pac 12-South.  Quarterback Jaydon Daniels has thrown for 2,748 yards and 17 touchdowns against just 2 interceptions.  The leading rusher for Arizona State is Eno Benjamin who has carried the ball 253 times for 1,083 yards and 10 touchdowns on the season.  The leading receiver for Arizona State is Brandon Aiyuk who has caught 65 passes for 1,192 yards and 8 touchdowns on the year.