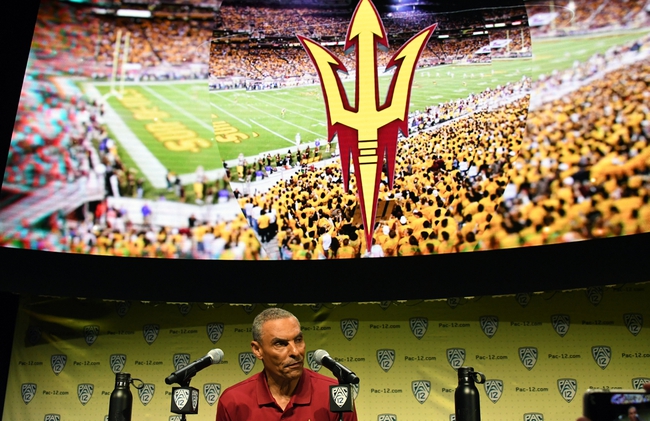 The Kent State Golden Flashes come into the 2019 season looking to improve on an abysmal 2018 season that saw the Golden Flashes finish the year with an overall record of 2-10, including 1-7 in MAC conference play, finishing dead last in the MAC East division. Woody Barrett is back under center for the Golden Flashes after finishing last season with 2,339 passing yards, 11 touchdowns and 9 interceptions on 58.7% passing while also racking up 503 rushing yards and 7 scores. Mike Carrigan is back after leading Kent State in receiving with 597 yards and 5 touchdowns on 45 catches while Antwan Dixon is also back after recording a team-high 52 grabs for 532 yards last year. Defensively, it can only go up for Kent State after the Golden Flashes were at the bottom of the MAC. There will have to be new faces up front as all three starters from last year are gone, but the linebackers get back Mandela Lawrence-Burke from injury to bolster the group already led by Nick Faulkner and Kesean Gamble. As a team, Kent State averaged 383.7 yards of total offense and 23.9 points per game while allowing 467.7 yards and 36.7 points per game last season.

The Arizona State Sun Devils will look to improve on a decent 2018 season after finishing the year with a 7-6 overall record, including a 5-4 record in Pac-12 conference play, finishing 2nd in the Pac-12 South division. The Sun Devils got an invite to the Las Vegas Bowl where Arizona State were taken down by Fresno State by a final score of 31-20. Dillion Cole-Sterling takes over under center for ASU after backing up Manny Wilkins while Eno Benjamin is back to be the main man in the Arizona State backfield after taking his 300 carries and turning them into 1,642 yards and 16 touchdowns. Brandon Aiyuk and Kyle Williams will be tasked with replacing top receiver N’Keal Harry who is now a New England Patriot, but the talent is there as both combined for 77 catches, 923 yards and 5 touchdowns last season. Defensively, Merlin Roberson and Darien Butler lead the team from the linebacker position after combining for 147 tackles last season while Chase Lucas and Aashari Crosswell headline the ASU secondary. As a team, Arizona State averaged 416.9 yards of total offense and 29.9 points per game while allowing 406.3 yards and 25.5 points per game last season.

This is a hefty line to lay with Arizona State considering they’ve got a new QB in Cole-Sterling taking over and there will be an adjustment period fitting new pieces into the rotation. Kent State also brings back a lot of experience on offense. However, it’s not like that experience mattered last season as Kent State didn’t score more than 23 points against any FBS team and the defense hasn’t made that much of an improvement to make me think that they’ll suddenly stifle Arizona State. The Sun Devils should be able to run all over Kent State here and this should be a beatdown. I’ll lay the points with Arizona State at home here.