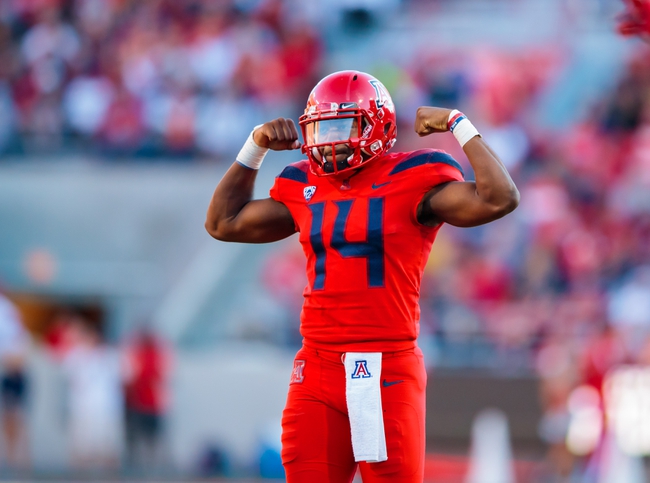 The Arizona Wildcats look for a bounce back showing after losing to Hawaii as a double-digit favorite. The Arizona Wildcats have won four of their last six home games. Khalil Tate is completing 56.4 percent of his passes for 361 yards, three touchdowns and two interceptions. Tate has three or more touchdown passes in each of his last five games. Stanley Berryhill III and Jamarye Joiner have combined for 164 receiving yards and two touchdowns while Tayvian Cunningham has four receptions. The Arizona Wildcats ground game is averaging 178 yards per contest, and Tate leads the way with 108 yards on 13 carries. Defensively, Arizona is allowing 45 points and 595 yards per game. Colin Schooler leads the Arizona Wildcats with nine tackles, Jalen Harris has 0.5 sacks and Jace Whittaker has two interceptions.

The Northern Arizona Lumberjacks beat UTEP last year, while hanging with a good Eastern Washington team and also beating a ranked Weber State. Northern Arizona is a decent team and has 21 seniors leading the charge. The Arizona Wildcats have had a ton of time to prepare for this game and get that loss to Hawaii out of its head, but it's also a team that showed no signs of life defensively and Tate can still be wild with his decision making at times. Arizona gets on the board with a victory, but the Northern Arizona Lumberjacks are more than capable of hanging around.