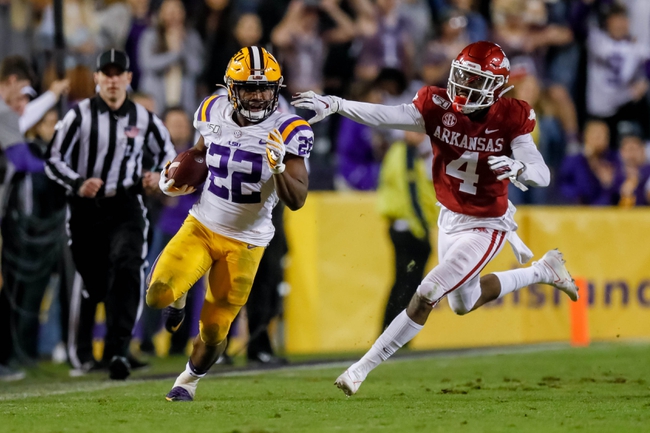 There was cause for excitement early on in Missouri's season. Not only did the Tigers (5-6, 2-5) win five of their first six games, they recorded a dominating win against West Virginia and conference victories against South Carolina and Ole Miss. Things have fallen apart since then, with Missouri losing five straight and sitting on the cusp of a losing season.

Too big of an early hole kept Missouri from completing a comeback against Tennessee last week. The Tigers fell by four points after allowing 526 yards of offense to the Volunteers.

Senior quarterback Kelly Bryant has had a pretty nice season overall, but has struggled to put points on the board during Missouri's SEC slate. Bryant hasn't thrown for more than one touchdown in each of his last five games, despite decent efficiency and few interceptions.

It's been a nightmare season for Arkansas (2-9, 0-7). Not only have the Razorbacks not won a single SEC game, but the results have gotten more and more lopsided as the season has gone on. Arkansas lost by 36 points last week against top-ranked LSU and hasn't come within 25 points of an opponent in the last five games. That includes a tragic 45-19 loss against Western Kentucky on Nov. 9.

The Razorbacks are scoring only 22.1 points per game, which ranks 223rd in the nation. Junior quarterback Nick Starkel has taken the majority of the snaps for Arkansas and has only thrown for seven touchdowns with 10 interceptions.