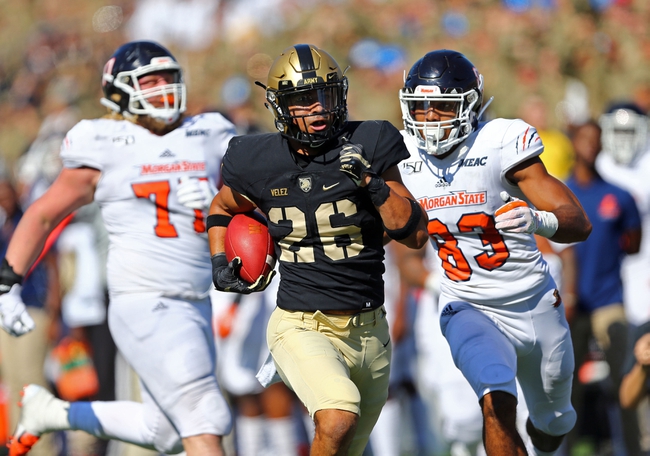 The Tulane Green Wave are set to visit Michie Stadium in West Point, New York for a Week 6 clash against the Army Black Knights. The Tulane Green Wave come into this matchup with a 3-1 record, and they will be looking to continue their success after winning their recent home game against the Houston Cougars, 38-31. QB Justin McMillian had an efficient game for the Green Wave as he threw for 186 yards and 3 TDs while adding in 91 yards and a TD on the ground. WR Jalen McCleskey was the top target for McMillian and company as he hauled in 4 catches for 120 yards and 2 TDs.

The Tulane Green Wave struggled on the defensive side of the ball against the Houston Cougars as they allowed them to score 31 points and rack up a total of 533 yards of offense. Senior LB Lawrence Graham led the way for the Tulane defense with 7 tackles and 1.5 TFL. The secondary was productive for Tulane as Larry Brooks racked up 6 tackles and 2 pass deflections while Jaylon Monroe hauled in the lone interception of the game.

The Army Black Knights come into this matchup with a 3-1 record, and they will be looking to continue their success after winning their recent home game against Morgan State, 52-21. RB Connor Slomka had a big game on the ground for the Black Knights as he compiled 110 yards and a TD on 18 carries. Junior RB Atrice Hobbs IV had an all-around solid game for Army as he hauled in an 80-yard TD catch while also adding in a rushing TD.

The Army Black Knights were solid on the defensive side of the ball against Morgan State as they held them to 21 points while forcing 4 turnovers. Senior LB Cole Christiansen had a big game for the Army defense as he racked up 11 tackles while his LB partner in Arik Smith contributed 8 tackles. The secondary had a good game for the Black Knights as Ryan Velez, Elijah Riley, and Cam Jones hauled in interceptions.

The Army Black Knights once again proved that they can hang with the top teams in the nation as they went to OT with the Michigan Wolverines, and they will show how dangerous their ground attack can be. There are still questions about if the Black Knights starting QB Kelvin Hopkins Jr. will suit up, but regardless I think their triple-option will cause problems for Tulane. The Black Knights are coming off a bye week and they have been traditionally good at their home stadium, so I expect them to stay discipline and pull off the small upset