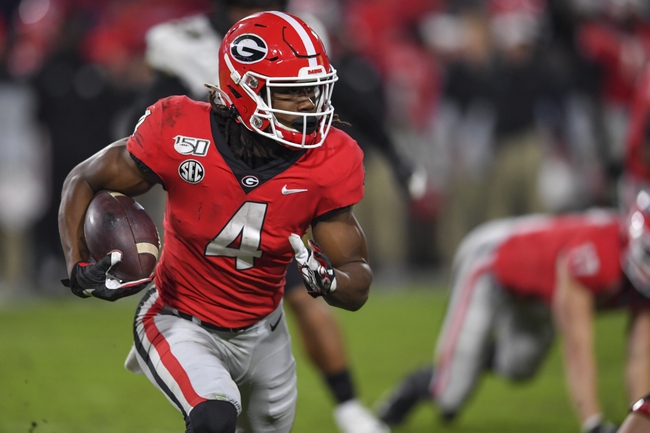 A fascinating late-season Southeastern Conference matchup will take place Saturday at Jordan-Hare Stadium when the Auburn Tigers (7-2, 4-2 SEC) will host the Georgia Bulldogs (8-1, 5-1 SEC). Georgia still has conference title aspirations while Auburn will look to win its eighth straight game at home.

Auburn has been the forgotten team of the SEC after an early October loss to Florida by a 24-13 scoreline before falling three weeks later at LSU by a field goal. But it’s surprising to remember just how good this team is, holding wins over Oregon and Texas A&M this season but unable to get that signature win. The Tigers will hope that Saturday’s matchup will be just that win.

For those having betting interest in the game, Auburn has been the best team in the SEC this season against the spread with a 7-2 record in that circumstance. In fact, Auburn has also been the best team in the SEC as a home underdog for a long time. Since the 2003 season, the Tigers are 14-5 against the spread as a home underdog. Georgia, on the other hand, has been good on the road, but not nearly as dominant. As a road team since 2003, the Bulldogs are 38-33-1, and they cover by just 0.3 points per game.

Jake Fromm leads the Bulldogs at quarterback, passing for 1,858 yards and 13 touchdowns against just three interceptions. He has only been sacked five times and has completed 67.0 percent of his passes on the year. Junior D’Andre Swift handles things on the ground for Georgia having rushed for 921 yards for a 6.3 yards per carry average and seven touchdowns, while senior Lawrence Cager is Fromm’s favorite target through the air with 32 receptions for 470 yards and four touchdowns.

For Auburn, freshman Bo Nix has completed 56.5 percent of his passes for 1,798 yards and 12 touchdowns with just six interceptions. The Tigers have six different running backs with 29 or more carries, led by sophomore JaTarvious Whitlow who has 553 yards on 113 carries with seven touchdowns despite getting just three carries since the loss to Florida on Oct. 5 due to a knee injury. Whitlow is probable for the game on Saturday. Sophomore Seth Williams is the leading receiver with 35 catches for 569 yards and eight touchdowns.

This is a motivation game for Georgia. While Auburn will clearly want to win, the Bulldogs have been given a sliver of hope to reach the College Football Playoff and will need to continue to win and win convincingly to reach the SEC title for a chance to win and reach the final four tournament. This is a game Georgia must win, and the Bulldog defense will step up to shut down the Tigers. Take Georgia on the road minus the field goal.