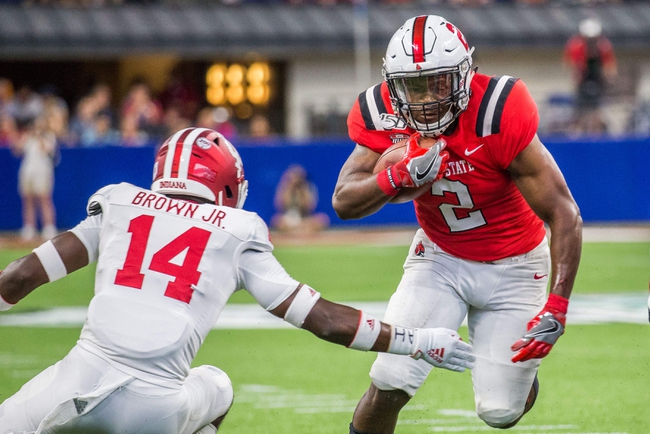 The Miami (OH) RedHawks are set to visit Scheumann Stadium in Muncie, Indiana for a MAC clash against the Ball State Cardinals. The Miami (OH) RedHawks come into this matchup with a 7-4 record, and they will be looking to continue their success after winning their recent home game against the Akron Zips, 20-17. Freshman QB Brett Gabbert struggled to get much offense generated through the air for Miami (OH) as he connected on 10 of his 21 pass attempts for 117 yards and 2 interceptions. Junior RB Jaylon Bester had a big game on the ground for the RedHawks as he ran for 128 yards and a TD on 21 carries.

The Miami (OH) RedHawks were solid on the defensive side of the ball against the Akron Zips as they allowed them to score 17 points and rack up a total of 202 yards of offense. Sophomore DB Sterling Weatherford led the way for the Miami (OH) defense with 10 tackles, 1 TFL, and 1 sack. The RedHawks were able to get into the Akron backfield a handful of times as freshman LB Ivan Pace Jr. contributed 6 TFL and 6 sacks while sophomore DL Kameron Butler contributed 3 TFL and 2 sacks.

The Ball State Cardinals come into this matchup with a 4-7 record, and they will be looking to rebound after dropping their recent road game against the Kent State Golden Flashes, 41-38. Junior QB Drew Plitt had an efficient game through the air for Ball State as he connected on 16 of his 24 pass attempts for 208 yards and 1 TD. The ground game was strong for the Cardinals as junior RB Caleb Huntley ran for 192 yards and 2 TDs while senior RB Walter Fletcher ran for 90 yards and 1 TD.

The Ball State Cardinals struggled on the defensive side of the ball against the Kent State Golden Flashes as they allowed them to score 41 points and rack up a total of 635 yards of offense. Junior safety Bryce Cosby led the way for the Ball State defense with 11 tackles. The Cardinals were able to get into the Kent State backfield a handful of times as sophomore LB Jimmy Drew contributed 2 TFL and 1 sack while the team tallied 8 TFL.

The Ball State Cardinals will miss out on making a bowl game, but they are still a talented team and they will show that here at home on senior day. The Cardinals have been very good on the offensive side of the ball this season as they are scoring an average of 34.3 PPG, and while Drew Plitt has thrown 21 TDs compared to 7 interceptions, the focus has been on the ground game. RB Caleb Huntley has been great for Ball State as he has compiled 1141 yards and 9 TDs, and the RedHawks have struggled in stopping opposing teams on the ground as they are allowing an average of 173.2 yards per game. Ball State has a talented secondary as they have racked up 13 interceptions, and freshman QB Brett Gabbert looked bad against one of the worst teams in college football last week. Expect the Cardinals to close the season with a win.