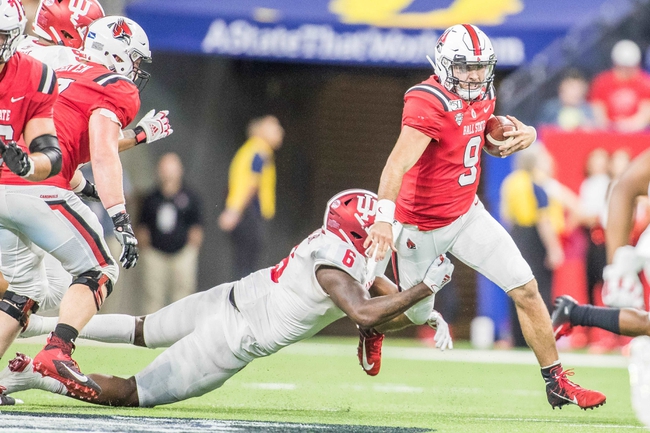 The Fordham Rams look for a bounce back showing after losing to Central Connecticut in their season opener. The Fordham Rams have lost three of their last five road games. Tim DeMorat is completing 62.9 percent of his passes for 194 yards, three touchdowns and one interception. DeMorat threw th ball 27 times in the Rams season opening loss. Hamze Elzayat and Joe Ferraro have combined for 126 receiving yards and two touchdowns while Dequece Carter has three receptions. The Fordham Rams ground game is averaging 190 yards per contest, and Zach Davis leads the way with 109 yards on 19 carries. Defensively, Fordham is allowing 26 points and 367 yards per game. James Biggs-Frazier leads the Fordham Rams with 11 tackles, Jesse Bramble has one sack and Jeremy Imperati has two pass deflections.

The Fordham Rams were absolutely terrible last year thanks to an offense that couldn't produce anything most games, and their opener doesn't provide much confidence that this year will be any different. The Ball State Cardinals hung around with an improved Indiana program and have an experienced quarterback who is starting to heat up and become more confident. Lot of chalk eating here, but Fordham is that bad.