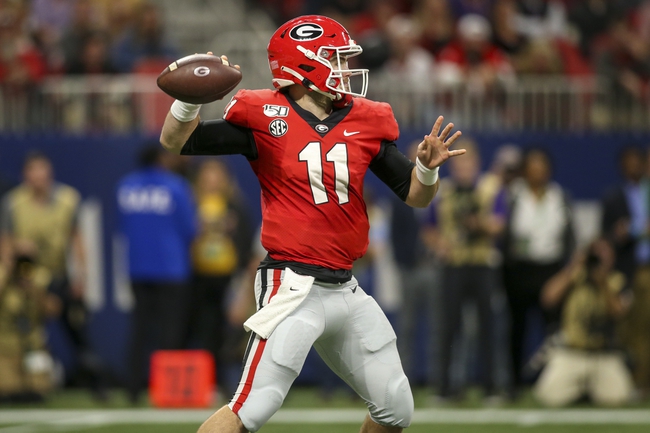 The Georgia Bulldogs will take on the Baylor Bears in the Allstate Sugar Bowl. Georgia took an absolute beating from LSU in the SEC Championship game. The loss meant that they would be out of the CFP but the committee still slotted the Bulldogs as the number five seed, ultimately getting to play in the Sugar Bowl.

Georgia lost an overtime game to South Carolina earlier in the year, but since then the Bulldogs had been perfect until the SEC Championship game. Georgia is led by junior quarterback, Jake Fromm who has thrown for 2,610 yards and 22 touchdowns while throwing only five interceptions. D’Andre Swift leads the rushing attack with 195 attempts and 1,216 yards with seven touchdowns. George Pickens, who was suspended for the first half of the SEC Championship, will be able to play a full game in this one. The freshman has caught 37 receptions for 552 yards and seven touchdowns. Georgia’s offense has struggled throughout the season but the Bulldogs defense has been one of the best units in the nation.

Baylor, on the other hand, has played really well all season long, only to lose two games to Oklahoma and miss the CFP. Baylor is led by Charlie Brewer who has thrown for 2,950 yards, 20 touchdowns and just six interceptions. He missed the second half of the Big 12 Championship due to a possible concussion. He’s expected to be ready to go for the Sugar Bowl.

Baylor’s defense has been surprisingly good when it matters. The Bears have had stretches where they allow big play after big play but I don’t believe Georgia is a big-play type of team this year. This game should be all defense but in the end, Georgia should still come out on top and win this one. They always find a way. Take Baylor’s points though.  Final Score Predictions,   Georgia Bulldogs wins 24-21.