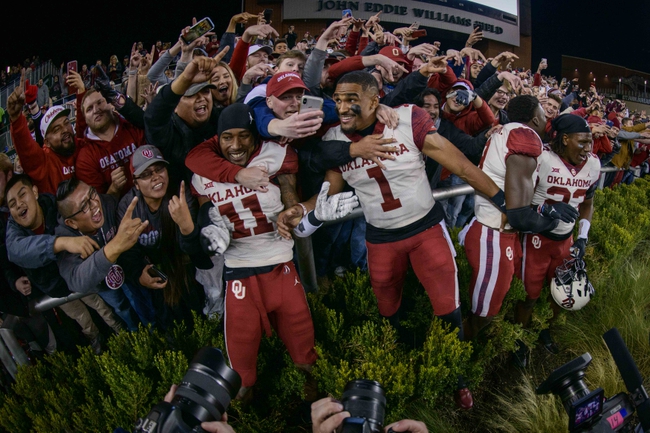 In the Bears win over Kansas, Baylor was led on offense by running back JaMycal Hasty.  Hasty rushed for 92 yds on14 carries, while finding the end zone 3 times.  Quarterback Charlie Brewer completed 13 of 25 pass attempts for 182 yds, while throwing 1 touchdown and an interception.  The Bears out gained the Jayhawks 507 to 258.  Baylor had 264 rushing yds in the game, while giving up 142.  The Bears defense was incredible, forcing 6 Jayhawks turnovers.

Bears are 4-0 ATS in their last 4 conference games.

Bears are 8-1 ATS vs a team with a winning record.

The under is 9-4 in Bears last 13 conference games.

Sooners are 1-4 ATS in their last 5 conference games.

Sooners are 4-0 ATS in their last 4 games in December.

The last time these two teams met, Baylor had the Sooners on the ropes of being upset.  Baylor dominated the game until the 4th quarter.  The Bears have had an easier time winning games then Oklahoma has thus far.  Oklahoma has either lost or won by a touchdown or less in 5 of their last 7 games.  The Bears are 4-0 away from Waco, while Oklahoma is 4-1 away from home.  Baylor looked a lot better than Oklahoma did for the majority of the game in their last meeting, so I feel a 9 point spread is a little high.  This is a game, I could see Baylor winning, but I'll be safe and take the points.  Final score prediction, Oklahoma will win and Baylor covers, 31-30.