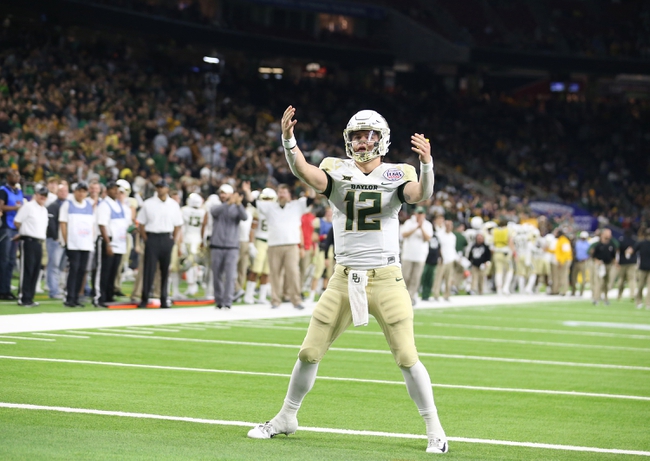 The Stephen F. Austin Lumberjacks come into the 2019 season looking to make some major improvements under new head coach Colby Carthel after finishing 2018 with a 2-8 record, including 2-7 in conference play, finishing 10th out of 11 teams in the Southland Conference. There are lots of question marks for the Lumberjacks, after struggling last year, and now having to wonder if incumbent QB Jake Blumrick will be 100% after having back surgery. Blumrick also has some competiton in the form of redshirt freshman Cam Arnold. Josh McGowen is back after leading the Lumberjacks with 398 rushing yards last season and Tamrick Pace is back to lead SFA’s receiving group after recording 42 grabs for 623 yards and a team-high 7 touchdowns last season. Defensively, nine starters are back to help improve a defense that was in the lower part of the FCS in terms of scoring defense last year. As a team, Stephen F. Austin averaged 346.7 yards of total offense and 18.1 points per game while allowing 425.3 yards and 33.3 points per game last season.

The Baylor Bears will look to take big steps once again after going from a 1-11 laughing stock in 2017 to a 7-6 overall record in 2018, including a 4-5 mark in Big 12 conference play to finish tied for 5th, receiving an invite to the Texas Bowl, a bowl game that the Bears would win by a final score of 45-38 over Vanderbilt. Charlie Brewer is back at QB for Baylor after throwing for 3,019 yards, 19 touchdowns and 9 interceptions last season. Brewer also rushed for 375 yards and a team-high 7 rushing TDs last year. John Lovett is back in the Baylor backfield after leading the Bears with 573 rushing yards, averaging over five yards per carry with 6 touchdowns. JaMycal Hasty will also join Lovett as a 1-2 punch for the Bears after averaging 5.3 yards per carry and adding 4 ground scores last season. Denzel Mims comes in as Baylor’s leading returning receiver after logging 55 catches for 794 yards and a team-high 8 receiving TDs last season while Chris Platt also comes in after a 36-catch, 511-yard season last year. Defensively, the Bears bring back a slew of their top defenders from last year, including seven of the top ten tacklers with the likes of Clay Johnston leading the charge after topping Baylor with 99 tackles last season. Jordan Williams and Blake Lynch round out the big part of Baylor’s linebacking group after combining for 99 tackles as well last season while Chris Miller is back to lead Baylor’s secondary at the safety position after recording 67 tackles last season. As a team, Baylor averaged 459.1 yards of total offense and 29.5 points per game while allowing 424.9 yards and 31.7 points per game last season.

I’d like to give SFA a chance here, but the fact is that there’s a lot of question marks at the QB position for the Lumberjacks, and even so, they haven’t lost by less than 44 points to an FBS opponent since 2014. Baylor is on the upswing after a big improvement last season and I think it can only get better from here. It’s a thick line, but there’s no reason to think that Baylor can’t name their score here, so I’ll lay the points with the Bears in this spot.