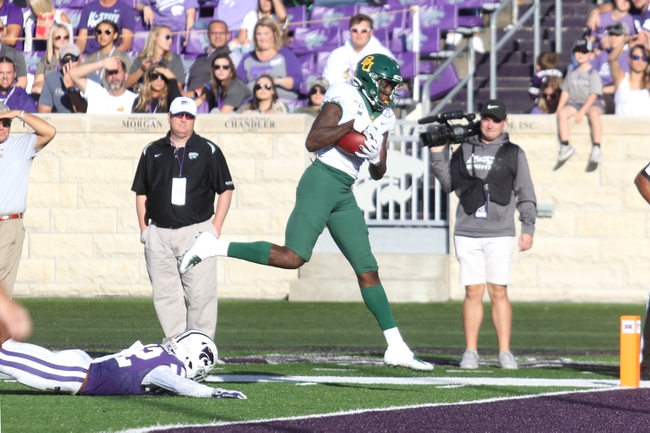 The Texas Tech Red Raiders struggled on the defensive side of the ball as they allowed the Oklahoma State Cowboys to score 35 points and rack up a total of 509 yards of offense. Senior LB Jordyn Brooks led the way for the Texas Tech defense with 19 tackles, 4 TFL, 3 sacks, and a forced fumble. The secondary had a productive game for the Texas Tech Red Raiders as Douglas Coleman III hauled in 2 interceptions while DaMarcus Fields contributed an interception.

The Baylor Bears come into this matchup with a 5-0 record, and they will be looking to continue their success after winning their recent road game against the Kansas State Wildcats, 31-12. QB Charlie Brewer had an efficient game through the air for the Baylor Bears as he connected on 14 of his 23 pass attempts for 230 yards and a TD. The ground attack was strong for the Bears as Jamycal Hasty pitched in 87 rushing yards while John Lovett pitched in 74 yards and 2 TDs.

The Baylor Bears were solid on the defensive side of the ball against the Kansas State Wildcats as they held them to 12 points while forcing 2 turnovers. Senior LB Clay Johnson led the way for the Baylor defense with 11 tackles and a TFL. Junior DT James Lynch was able to get into the Kansas State backfield a handful of times as he contributed 4 TFL and 3 sacks while forcing a fumble. Junior CB Grayland Arnold was able to contribute the lone interception of the game for the Baylor defense.

The Baylor Bears have been very impressive to open the season as they have stormed out to a 5-0 record which has landed them inside the top 25. The Baylor Bears have shown the ability to attack their opponents on the ground with the combination of Hasty and Lovett, but they have a veteran QB in Charlie Brewer who has been turnover-free this season. The Texas Tech Red Raiders had a good win in their recent home game against Oklahoma State, but they still showed their vulnerability on the defensive side of the ball. The Bears are ranked for the first time in a long time, and this is an in-state rivalry which should fuel the home crowd.