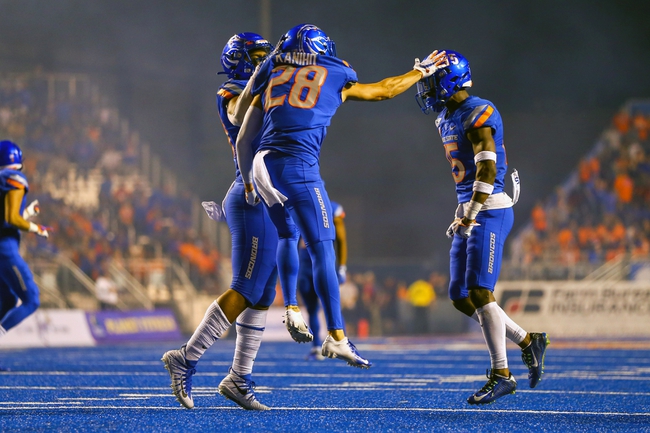 The Portland State Vikings and the Boise State Broncos will meet up on the college football circuit Saturday.

Portland State kicked the year off at 1-1. After a loss to Arkansas 20-13 in the opener, the Vikings drilled Simon Fraser 70-7.

In the victory, Portland State QB David Alexander put up 292 yards and three TDs, while Dante Chachere led a busy rush unit with 65 yards and two scores. Matio Talalemotu was the big receiver on 132 yards and a TD from six grabs.

Over on the Boise State side, they’re 2-0 this year following wins 36-31 over Florida State and 14-7 over Marshall.

In the Week 2 win, Boise State QB Hank Bachmeier logged 282 yards, one TD and one INT, while George Holani had 103 yards rushing. Khalil Shakir set the receiving pace for the Broncos with 95 yards on five catches.

Portland State took out their Arkansas frustrations in Week 2 with that 63-point win, and hopefully that will serve for improvement in the offensive rhythm moving forward.

Boise State is going to need to make an offensive statement here as well, tallying just 14 points in their last game. That said I feel like Portland State can sneak in and cover.