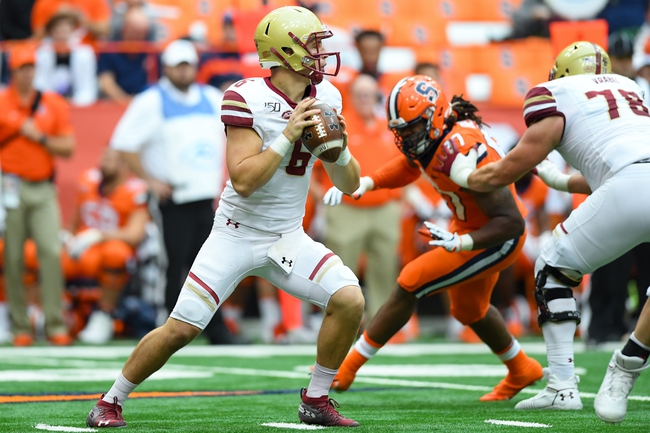 Boston College has managed to get a record that is over the five hundred mark, but only by a single game. The Eagles have a 5-4 record overall, but when playing in the conference the Eagles have ended up with a 3-3 record on the season. The last game out for the Eagles was a 31 point victory over Syracuse in what was a back and forth battle.

The Eagles have ended up getting 34.1 points a game being scored. The offense has managed to get a total of 481 yards on the game. When it comes to playing defense Boston College has allowed 31.4 points a game, but have allowed a total of 483 yards a game.

The Florida State team would enjoy showing that the losses that have mounted on them this season area fluke, but that will be difficult to do with the way the Eagles are playing on the year. The Seminoles have managed to get a total of only 393 yards a game offense and that is almost 100 less per game than the Eagles. Look for the offensive showing from the Eagles to be the difference in the game here. Final Score Prediction, Boston College Eagles win but grab the points 34-31.