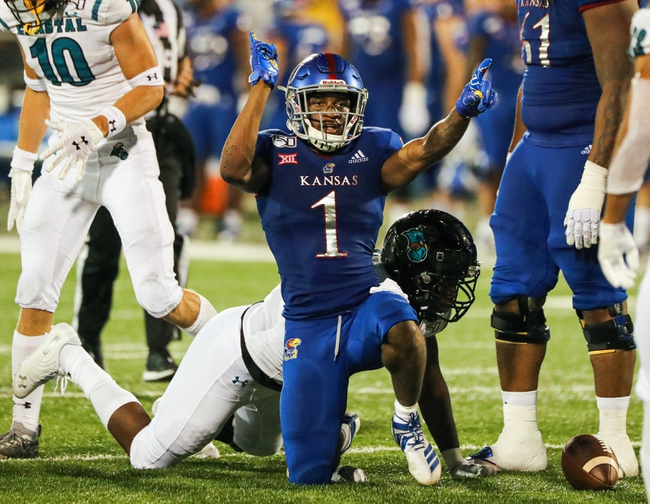 The Kansas Jayhawks and the Boston College Eagles will meet up on the college football circuit  on Friday.

Kansas comes into this one at 1-1 overall on the young season. The Jayhawks took out Indiana State 24-17 in their opener but then fell in a pretty shocking result 12-7 to Coastal Carolina in Week 2.

In the Chanticleers game, Jayhawks QB Carter Stanley posted 107 yards with a pair of interceptions, and Stephon Robinson led the way with 45 yards on four grabs. Pooka Williams was the top Kansas rusher with 99 yards.

Over on the Boston College side, they’ve started out at 2-0 so far. the Eagles took out Virginia Tech 35-28 in the opener and Richmond 45-13 last week.

Well, it goes without saying that this really isn’t the way the Jayhawks wanted to start things out, and their offense pretty much stalled out following seven points in the first quarter against the Chanticleers.

As for the Eagles, they’ve got a few things to clean up but so far they’re hitting the ground running in games they need to win. I like BC to stay hot here and manage a cover.