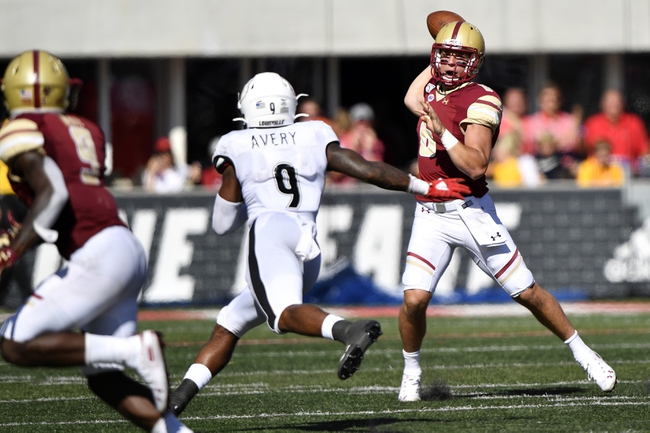 The Wolfpack is heading into this game after picking up a recent win over Syracuse. Granted, the win was a fairly low scoring affair, it was a win that the Wolfpack enjoyed in this game. The team actually played quite a bit better on the defensive side of the ball and that was definitely a major win for the North Carolina State team.

Boston College is coming into the game here with a couple of losses in their last couple of games. The Eagles lost to Louisville in the last game that saw them lose by a couple of points. The other thing that the Wake team has done is lose to Wake Forest by 3 points the week before. That definitely makes it easier for the team to have confidence that they can win, but need to lock down the close games.

Boston College has lost some of the games that were very close in the games ending. The Wolfpack, though have showed that they have a good offense at times. The other thing that the Wolfpack has is a defense that can lock down the games at the end and that will make it easier than what you imagined to see the Wolfpack lock down a win.  Final Score Prediction, North Carolina Wolfpack win and cover ATS 31-24.