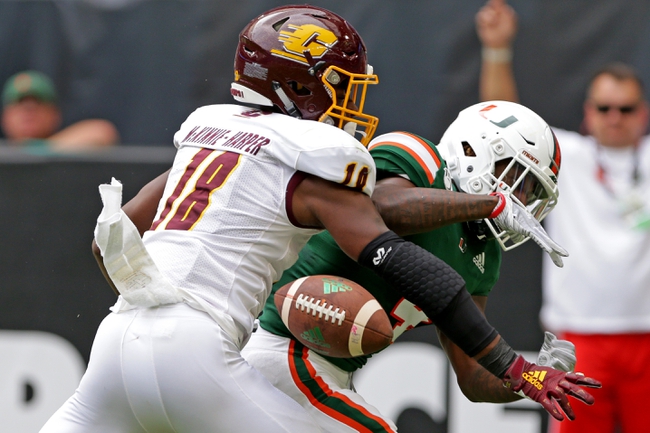 Bowling Green snapped a four-game losing streak and improved to 2-4 with a huge upset win of 20-7 over Toledo. Grant Loy threw one touchdown passed and ran for another, while Nate Needham booted a pair of field goals helping lead the Falcons to a big Mid-American Conference upset of Toledo. The win by Bowling Green snapped Toledo’s four-game winning streak.

Grant Loy is the leading passer at Bowling Green with 377 yards, three touchdowns and two interceptions. Davon Jones leads all running backs for the Falcons with 328 yards and one touchdown, while wide out Quinten Morris is the top receiver with 337 yards and two touchdowns. Brandon Pierce leads Bowling Green in tackles with 57.

Central Michigan is 4-1 ATS in its last 5

The OVER has cashed in 6 of the Chippewas last 8

The UNDER has cashed in 10 of the Falcons last 11