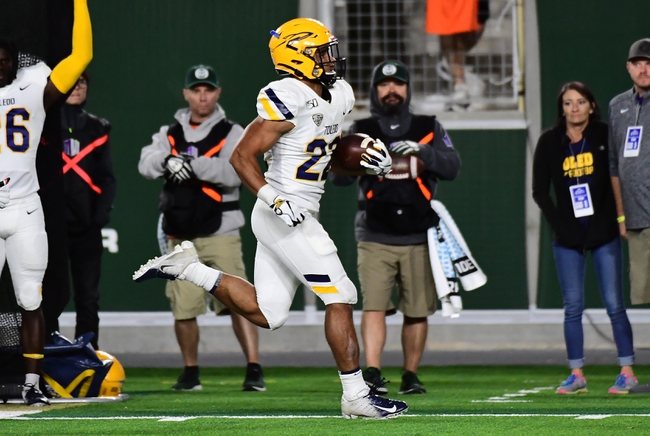 The Toledo Rockets are set to visit Doyt Perry Stadium in Bowling Green, Ohio for a MAC clash against the Bowling Green Falcons. The Toledo Rockets come into this matchup with a 4-1 record, and they will be looking to continue their success after winning their recent home game against the Western Michigan Broncos, 31-24. QB Mitchell Guadagni had a solid game through the air for the Toledo Rockets as he connected on 14 of his 22 pass attempts for 200 yards, 2 TDs, and 1 interception. RB Bryant Koback had an efficient game on the ground for the Rockets as he ran for 177 yards on 21 carries.

The Toledo Rockets struggled on the defensive side of the ball against the Western Michigan Broncos as they allowed them to score 24 points and rack up a total of 420 yards of offense. Sophomore safety Saeed Holt led the way for the Toledo defense with 12 tackles, 1.5 TFL, and 1.5 sacks. The secondary had a productive game for the Rockets as Samuel Womack contributed 3 pass deflections while Kahlil Robinson had 2 pass deflections and an interception.

The Bowling Green Falcons come into this matchup with a 1-4 record, and they will be looking to rebound after dropping their recent road game against the Notre Dame Fighting Irish, 52-0. QB Grant Loy struggled to get much going through the air for the Bowling Green Falcons as he connected on 13 of his 25 pass attempts for 106 yards and an interception. Junior WR Quintin Morris was the top target for Loy and the Falcons as he hauled in 10 catches for 92 yards.

The Bowling Green Falcons struggled on the defensive side of the ball against the Notre Dame Fighting Irish as they allowed them to score 52 points and rack up a total of 573 yards of offense. Senior DB Antonyo Sotolongo led the way for the Bowling Green defense with 12 tackles. Sophomore DB Caleb Biggers was able to get into the Notre Dame backfield a handful of times as he contributed 2 TFL.

The Bowling Green Falcons have been awful this season, especially on the defensive side of the ball as they have allowed a combined 114 points over their last 2 games. The Toledo Rockets have been solid on both sides of the ball this season, but their offense has been very good as they have shown the ability to destroy teams on the ground and through the air. The Rockets have a very good RB in Bryant Koback, and I expect him to shred the Falcons defense. Bowling Green has had a ton of QB problems this season, and I don’t expect their problems to shape up against the MAC favorite.