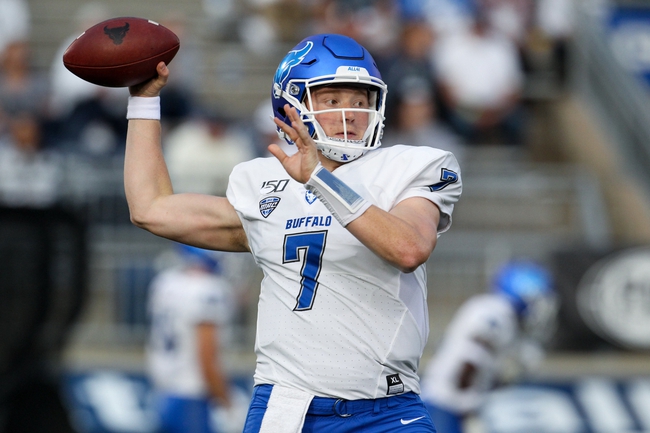 The Bowling Green Falcons head to Buffalo, NY on Friday for game against the University of Buffalo Bulls in a game between two teams in the American Conference’s East Division.  In their last game, Bowling Green was defeated by the Ohio Bobcats by the score of 66-24.  Bowling Green quarterback Grant Loy 21 of 32 passes for 250 yards, 1 touchdown and 1 interception. Falcons running back Davon Jones led the way for Bowling Green on the ground as he rushed 16 times for 95 yards and a touchdown.  Julian Ortega-Jones was Bowling Green’s lead receiver as he caught 3 passes for 90 yards in the game.  The Bowling Green defense allowed 609 total yards to Miami of Ohio including 342 on the ground.

The Buffalo Bulls welcome the Bowling Green Falcons to town after winning their last game against the Toledo Rockets by the score of 49-30.  Buffalo quarterback Kyle Vantrease completed 13 of 20 passes for 172 yards and touchdown as well as running 2 times for 0 yards but scored a touchdown.  Buffalo running back Jaret Patterson led the way for the Bulls as the ground as he had 32 carries for 192 yards and 4 touchdowns in the game.  Antonio Nunn was Buffalo’s lead receiver as he caught 5 passes for 89 yards. The Buffalo defense allowed 402 total yards to Toledo including 248 yards through the air.