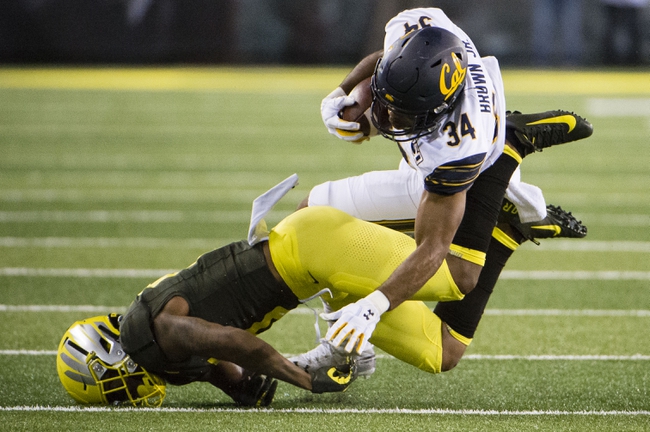 Oregon State hits the road for this PAC 12 matchup, as the Beavers travel to California.  Oregon State on the season is 2-4 and 1-2 in conference play.  The Beavers last time out was a home matchup against Utah, where they got dismantled to a tune of 52-7. California comes into this game with a record of 4-2 and 1-2 in conference play.  However, the Golden Bears have lost 2 in a row. The Golden Bears were on a bye this past week.

Since California quarterback Chase Garbers has been ruled out indefinitely, Devon Modster has taken over at quarterback.  He has completed 23 of 49 for 229 yds, 1 TD and 3 INT’s. Christopher Brown leads the backfield with 431 yds rushing.  He also has 3 touchdowns rushing. Linebacker Evan Weaver leads the defense in tackles with 83.

With California having gone to a new quarterback in recent weeks, one just wonders how much the offense will gel with a new quarterback under center. With Modster under center, the Golden Bears are 0-2. Oregon State on the other hand, was run out of their own building last week on homecoming night. Look for Beavers linebacker Hamilcar Rashed Jr. to make Modster rush his throws. Rashed Jr. has 6 sacks on the season and has caused issues to opposing quarterbacks.  With both offenses being inconsistent lately, I think the under is a good play here. Final score prediction, California wins 24-17 and the score goes under.