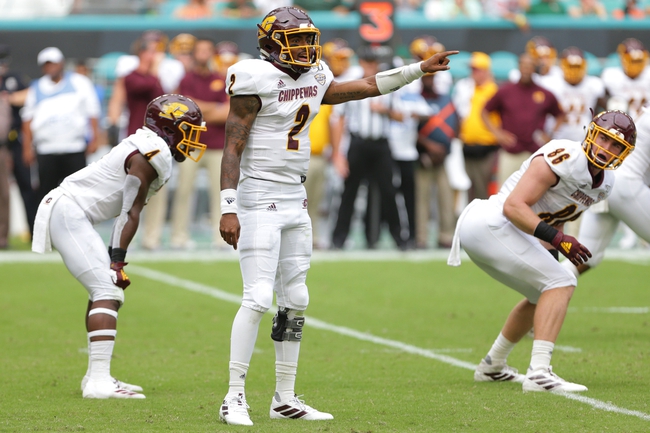 The Eastern Michigan Eagles struggled on the defensive side of the ball against Central Connecticut State as they allowed them to score 29 points and rack up a total of 346 yards of offense. Senior LB Kobie Beltram led the way for the Eastern Michigan defense as he racked up a total of 12 tackles while contributing a pass deflection. Senior DB Vince Calhoun had a productive game for the Eagles as he contributed 10 tackles and a sack.

The Central Michigan Chippewas come into this matchup with a 2-3 record, and they will be looking to rebound after dropping their recent road game against the Western Michigan Broncos, 31-15. QB David Moore struggled to find any consistency for the Chippewas as he connected on 33 of his 48 pass attempts for 330 yards, 1 TD, and 2 interceptions. RB Jonathan Ward had a solid game on the ground for Central Michigan as he ran for 107 yards on 19 carries.

The Central Michigan Chippewas struggled on the defensive side of the ball against the Western Michigan Broncos as they allowed them to score 31 points and rack up a total of 432 yards of offense. Senior LB Michael Oliver led the way for the Central Michigan defense as he racked up 10 tackles and 2 TFL. Junior DB Gage Kreski had a solid game from the secondary as he hauled in the lone interception of the game.

The Central Michigan Chippewas have dominated the number against the Eastern Michigan Eagles as of recent as they have covered the spread in 5 of their last 7 meetings. The Central Michigan Chippewas should have a sense of confidence against their in-state rival as the Eastern Michigan Eagles showed some deficiencies against an FCS foe in Central Connecticut State. The Chippewas are only a few weeks removed from their solid defensive performance against the Miami Hurricanes as they held them to only 17 points on the road. The Chippewas have a very capable QB in David Moore as he has put together some solid performances this season, and I think the passing lanes should open if the ground attack is effective again.