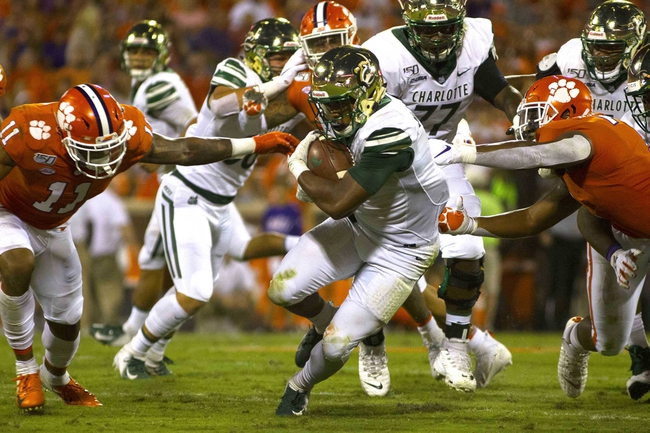 The 49ers were were guided this year by quarterback Chris Reynolds.  Reynolds completed 62% of his passes for 2,366 yds, while tossing 21 touchdowns and 10 picks.  Reynolds also added 757 yds rushing and 6 scores.  Running back Benny LeMay totaled 1,027 yds on the ground, while finding the end zone9 times.  Victor Tucker contributed 848 yds receiving on 49 receptions, while recording 6 touchdowns.  Defensive back Marquavis Gibbs led the team in tackles with 94.  Markees Watts registered 9.5 sacks.

Bulls are 6-1 ATS in their last 7 games overall.

Both offense's have put up nearly the same amount of points per game, as the Bulls rank 4th in points scored, while the 49ers ranks 45th.  Defensively, the Bulls are a lot better than the 49ers.  Buffalo ranks 35th in fewest points allowed at (22.3).  The 49ers rank 105th allowing (32.5) per game.  Offensively the Bulls ranks 9th in rushing yds per game, while the 49ers are giving up the 98th most per game.  The 49ers have the momentum coming into this game, but the oddsmakers don't see it that way.  Buffalo is 6.5 favorites in this bowl game.  I think Charlotte could win this one, but I'll take a different route.  I'm going to take the over here, as this has the potential to be a shootout.  Buffalo has had a tremendous defense, but the 49ers are on a roll, entering this contest.  Final score prediction, Charlotte will win, but the total goes over, 34-31.