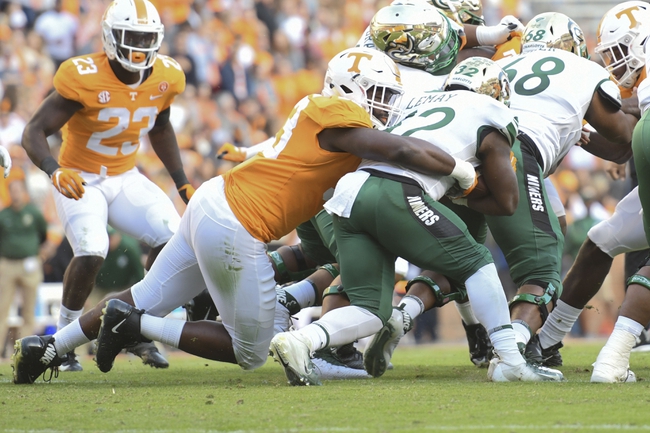 The Gardner-Webb Bulldogs are coming off a 3-8 season, but two of those three victories came in their last four games. The Gardner-Webb Bulldogs have lost four of their last five road games. Head coach Carroll McCray will return for his seventh season despite being just 24-44 and leading the Bulldogs to a combined four wins the last two years. Jordan Smith returns at quarterback after throwing for nearly 1,600 yards and 10 touchdowns, while leading rusher Jayln Cagle returns after 474 yards and four touchdowns. The bad news is Gardner-Webb loses its top-five receivers from a year ago. Defensively, Gardner-Webb says goodbye to its top-two tacklers from last season, but Shai Thomas returns after eight tackles for loss, while defensive backs Devin Mines and A.J. Keene are back after a combined 10 pass deflections and 114 tackles.

The Charlotte 49ers are coming off their best season since joining the FBS, which included five wins and finishing the year with a road win over the FAU Owls. The Charlotte 49ers have won three of their last four home games. Will Healy takes over at head coach after three seasons with Austin Peay, and he has 12 starters from last years squad to work with. Charlotte has both quarterbacks from last year in Chris Reynolds and Evan Shirreffs, a duo that combined for more than 1,800 yards and eight touchdowns. Running back Benny LeMay is also back on the roster after a 1,200-yard season and 12 touchdowns. Defensively, Charlotte returns seven staters, including leading tackler Ben DeLuca and sack leader Jeff Gemmell. The Charlotte 49ers could end up having the best defense in the C-USA this season.

Laying this much chalk in a season opener leaves the door open for a backdoor cover. I rather take my chances with the over, as Charlotte should have little trouble moving the football and finding the end zone with all the returning talent and two experienced quarterbacks on the roster. The Charlotte 49ers should be able to get us close to this total by themselves, cruising to a solid opening week victory to hopefully set the tone early under a new coaching staff.