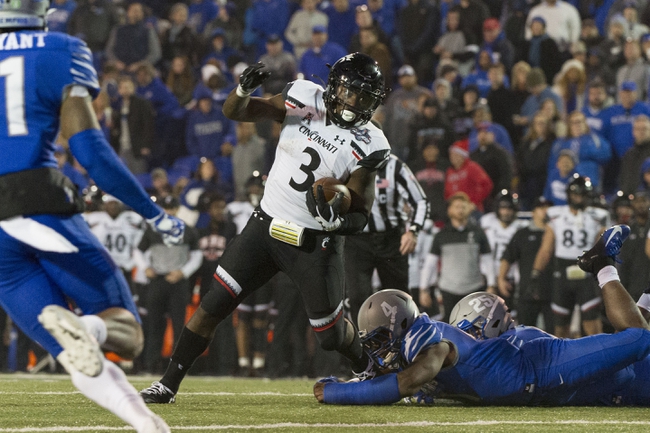 The Boston College Eagles head to Birmingham, AL for a clash with the 21st ranked Cincinnati Bearcats, as participants in the Ticketmaster Birmingham Bowl.  The Eagles are (6-6), coming off a 26-19 win over Pittsburgh.  The Bearcats are (10-3), after falling to Memphis, 29-24.

The Eagles have been led on offense by running back AJ Dillon.  Dillon had a great season, rushing for 1,685 yds and 14 touchdowns.  Dennis Grossel has been under the center for the Eagles the 2nd half the season.  Grossel has thrown for 896 yds on 67 completions, while throwing 9 touchdowns and 3 picks.  Kobay White has contributed 5 receiving touchdowns.  Max Richardson leads the way on defense, leading the team in tackles with 108.  The Eagles had just 16 sacks on the season.

The Bearcats were guided throughout the season by quarterbackDesmond Ridder.  Ridder threw for 2,069 yds on 165 completions, while throwing 17 touchdowns and 9 interceptions.  Running back Michael Warren II had a good season, rushing fo 1,160 yds and 14 touchdowns.  Josiah Deguara added 492 yds receiving and 7 touchdowns.  Darrick Forrest led the defense with 104 tackles, while Michael Pitts led the Bearcats in sacks, recording 5.5.

Bearcats are 0-4 ATS in their last 4 neutral site games.

The Eagles had a great offense all year and a lot had to do with their running back, AJ Dillon.  Dillon has declared for the draft and will miss the bowl game.  This is a huge loss for an Eagles team, as Dillon was responsible for a lot of the offense this year.  The Bearcats have a scoring defense that ranks 30th, allowing less than 22 points per game.  Due to the Eagles missing their big playmaker, I'm taking Cincinnati to cover.  Final score prediction, Cincinnati will win and cover, 27-17.