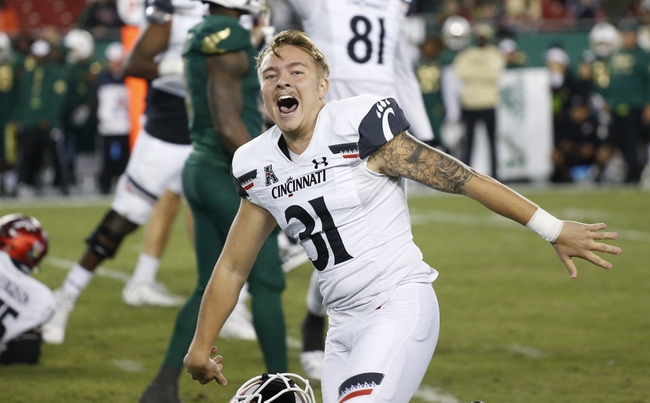 Temple does have a chance to pull off an upset here and potentially make a difference in the conference standings in this game. The Owls have posted a 7-3 record overall, but in the conference play this year the Owls have a 4-2 record. The last time the Temple team took the field the Owls beat Tulane by a score of 29-21.

Cincinnati is living by a thread on the year so far with a 9-1 record overall and a 6-0 mark in the conference play on the year. The Bearcats in their last game played by a wire and barely beat the USF Bulls on a last minute field goal by a score of 20-17.

This game the Bearcats are going to come into the game with a team that has had some problems in shutting down the opponents, but also in getting a close games this season. Look for the Bearcats to play a little bit better in the game here and that helps the Bearcats in getting the win here as the Bearcats want to avoid the last minute win in this game. Final Score Prediction, Cincinnati Bearcats win but do not cover 24-17.