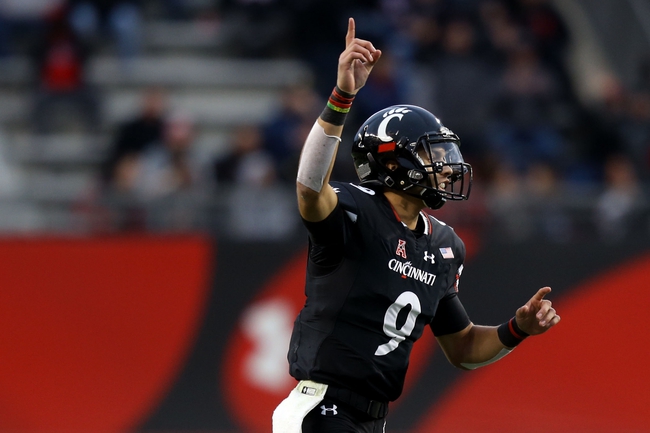 The UCLA Bruins are coming off just a three-win season, but there’s reason for hope with another year under coach Chip Kelly and with 19 returning starters, the most in the Pac-12. The UCLA Bruins have lost four of their last five road games. UCLA should be much improved offensively with a more experienced quarterback in Dorian Thompson-Robinson and an explosive rusher in Joshua Kelley, who is coming off a 1,200-yard season and 12 touchdowns. What’s going to make or break UCLA this season is a defense that was 102nd last year in yards allowed per game. However, the Bruins do return 10 starters, which includes six of their top-seven tacklers from last year. UCLA also returns 13 of its 15 sacks from a year ago, including linebacker Keisean Lucier-South, who has improved each of his first three seasons.

The Cincinnati Bearcats are fresh off an 11-win season under coach Luke Fickell, the second-best season in school history. The Cincinnati Bearcats haven’t lost a home game since November of 2017. With seven returning starters on both sides of the ball, Cincinnati has to have its eyes set on an AAC title. Desmond Ridder remains at quarterback after 2,445 yards and 20 touchdowns last season, while Michael Warren II is coming off a 1,329-yard season with 19 rushing touchdowns. Defensively, Cincinnati was 11th in the country in yards allowed per game, and the Bearcats return three of their top-four tacklers. Bryan Wright had five sacks last season, Michael Pitts had 7.5 tackles for loss and James Wiggins had four interceptions.

The UCLA Bruins should be much improved with all of those starters back, but that defense scares the hell out of me and I'm not running to the window with them starting things on the road. The Cincinnati Bearcats have been nothing but money at home in terms of outright wins and they return enough talent to where they should make a strong push for an AAC title. At home and with a program with a name, the crowd should be out in full force here. I like the Cincinnati Bearcats to come out strong and cover the more than reasonable line. Cincinnati has the potential to have one of its best seasons in school history.