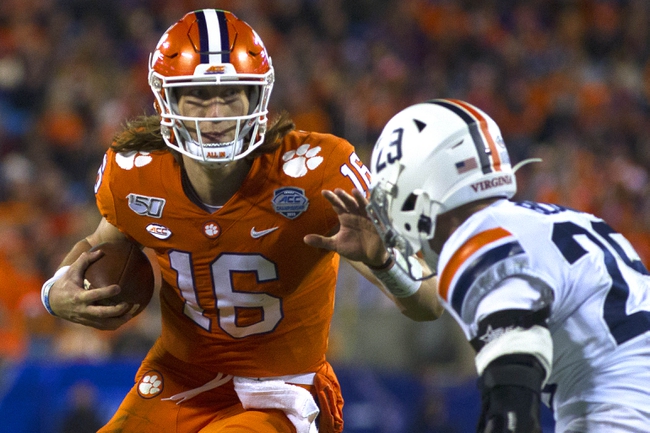 The Ohio State Buckeyes (13-0) will take on the Clemson Tigers (13-0) in the Fiesta Bowl at State Farm Stadium. Ohio State has steamrolled over opponents this season on their way to an undefeated season. However, in the last three weeks, Ohio State has shown the world that they’re human. The Buckeyes trailed 21-7 at halftime against the Wisconsin Badgers for the Big Ten Championship. After halftime, the Buckeyes rolled over Wisconsin scoring 27 unanswered points.

However, if Ohio State were to come out flat against Clemson, the outcome would’ve been different. Justin Fields, a runner-up in the Heisman voting, has thrown for 2,953 yards for 40 touchdowns while J.K. Dobbins has led the rush with 1829 cards and 20 touchdowns. Fields’ favorite target is Chris Olave who has caught 46 receptions for 799 yards for 11 touchdowns. Ohio State also has the best pass-rusher in college football. Chase Young has 16.5 sacks this season, even after being suspended for two games.

Clemson has dominated the opposition this season. The argument is that they haven’t played anybody. The Tigers first win against an AP Top 25 was against Virginia for the ACC Championship and the Tigers won easily. Clemson has now won 27 straight games. But the ACC has been a weak conference. Ohio State has played top opponents this season while Clemson hasn’t. Is Clemson really that good? Clemson is led by Trevor Lawrence, who helped the Tigers win the National Championship last year. He has thrown for 3172 yards for 34 touchdowns. Travis Etienne has ran for 1,500 yards on the ground for 17 touchdowns, which is tied for eighth in the country.

Of course, there’s so much hype around Clemson and the 27-game winning streak that the Tigers have put together. There’s no way you can buy stock on a team that hasn’t faced tough opponents all year. Ohio State has. Give me the extra two points. Final Score Predictions: Ohio State wins and covers ATS, 34-31.