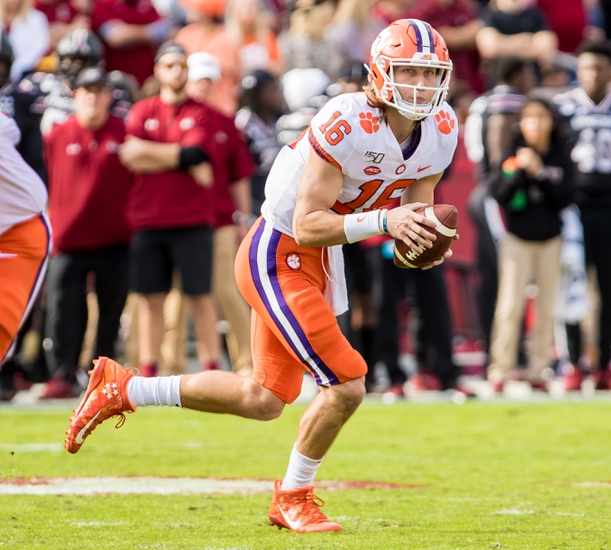 The #3 Clemson Tigers meet up with the Virginia Cavaliers in the 2019 ACC Championship played in Bank of America Stadium. Clemson is undefeated this season and haven’t played a close game since North Carolina in week six. Clemson won their last game on the road at South Carolina 38-3 for their 27th straight win dating back to last season. Virginia won an emotional conference championship play-in game against rival Virginia Tech 39-30.

Clemson averages 45.2 points per game ranking 4th in the nation. Quarterback Trevor Lawrence led the Tigers with nearly 3000 yards with 30 touchdowns and 8 interceptions this season. Travis Etienne leads the Tigers rushing attack with 1400 yards on the ground with an average of 8.5 yards from scrimmage. Etienne adds 18 total touchdowns; 16 on the ground and caught 2 receiving touchdowns.

Virginia’s offense averages 33.7 points per game which ranks 32nd in the nation. Virginia is led by dual threat quarterback Bryce Perkins who leads the team in passing with nearly 3000 yards and 16 touchdowns while throwing 9 interceptions.; and rushing with 687 yards and 11 touchdowns on the season. The leader in receiving yards is Hasise Dubois with 849 yards and 3 touchdowns.

Clemson has rolled to victories all season playing only one game that finished as a one score game. The big number may be intimidating to take, but Clemson has yet to play down to the level of their opponents and boasts an impressive 9-3 record ATS. Clemson will continue their dominant run on their way to winning and cover the big numbers. Final score prediction, Clemson Tigers 51 Virginia Cavaliers 21.