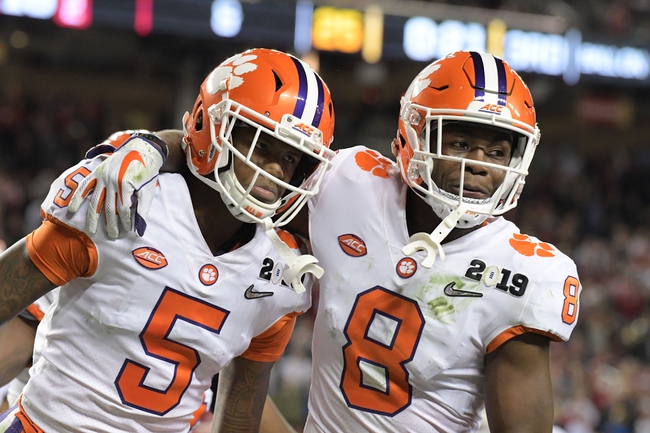 The Charlotte 49ers will meet up with the Clemson Tigers in college football activity on Saturday.

Charlotte enters this game at 2-1 overall. The 49ers fell to Appalachian State in Week 2 but otherwise have beaten Gardner-Webb 49-28 and UMass 52-17.

In the Syracuse game, Clemson QB Trevor Lawrence had 395 yards with three touchdowns and two picks, while Tee Higgins led the receivers on 150 yards from seven grabs. Travis Etienne had 76 yards on 14 carries as well.

Charlotte has looked pretty solid this season, and even in their loss they hung around with a good Appalachian State team the whole time. Granted, the competition level hasn’t been quite up to snuff but the Niners have performed admirably with their schedule.

Clemson is going to win this game obviously, but I think the 49ers have enough talent to get into this thick line. I’m going Charlotte.