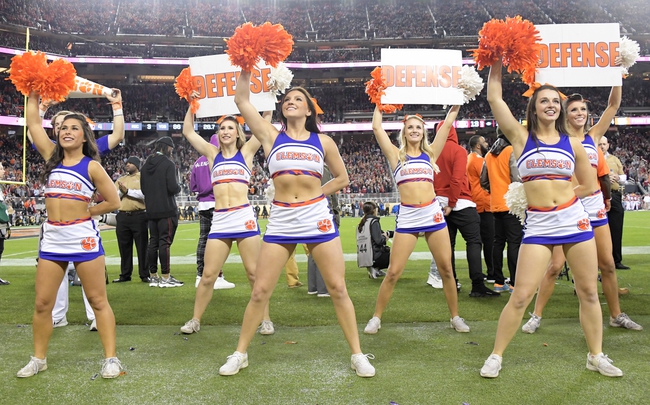 The Georgia Tech Yellow Jackets and the Clemson Tigers will clash on the college football circuit Thursday to kick off their seasons.

The Yellow Jackets managed a winning season in 2018, going 7-6 overall and 5-3 in ACC play for a second-place finish in the Coastal Division. Georgia Tech earned a berth in the Quick Lane Bowl, where they lost 34-10 to Minnesota.

Over on the Clemson side, there’s not a whole lot to complain about when it comes to 2018. The Tigers rolled through the year 15-0 overall, won the ACC Championship game versus Pittsburgh and took the Cotton Bowl Classic (CFP Semifinal) against Notre Dame.

Clemson then proceeded to drill Alabama in the CFP National Championship 44-16. That made them the first undefeated CFP champ and the first major program with a 15-0 record since 1897 (Penn).

Clemson lost some key defensive players from their stellar 2018 campaign, however they replenished their ranks with a really great recruiting class, ranked best in the ACC and 10th overall.

As for Georgia Tech, they’re going to look quite different this season, which is a little bittersweet since their dynamic option offense was fun to watch last year. We’ll see what the new staff can come up with.

In any case, Clemson is going to roll here, but the spread looks a little thick for the first game of the season when teams will likely be tentative and pull back the proverbial horses early. Anything over 35 and I’m on Georgia Tech here.