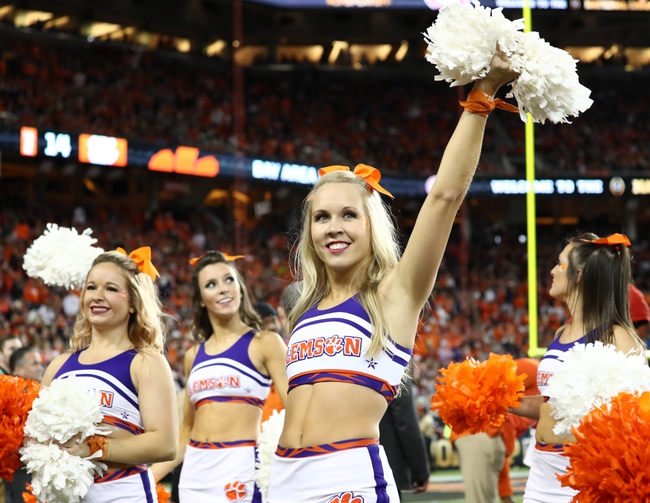 The Texas A&M Aggies and the Clemson Tigers will meet up on the college football circuit in a big Week 2 game Saturday.

Texas A&M opened up their season with a big win over the Texas State Bobcats in Week 1. The Aggies were up 28-0 at the break in that one and ended up with a 41-7 blowout victory.

Kellen Mond had a nice outing for Texas A&M in Week 1, going 19-of-27 for 194 yards, three scores and a pick. Isaiah Spiller and Jashuan Corbin combined for 209 yards rushing and a score as well.

Over on the Clemson side, they opened up with a big victory as well, taking out the Georgia Tech Yellow Jackets 52-14. The Tigers were up 28-0 at halftime in that one and never looked back.

Trevor Lawrence had an up-and-down day in Week 1, going 13-of-23 for 168 yards, one TD and two picks. Travis Etienne did most of the heavy lifting for Clemson in their victory, posting 205 yards and three touchdowns.

Well, there’s not much to complain about when it comes to the Aggies’ Week 1 victory. Everything went well and the big victory was just what we expected. It should serve as a good tune-up heading into this game, but the competition level will obviously be ratcheted up to the highest point.

Clemson is in the same boat heading into this one as well, but they do have a few things to fine-tune, namely turnovers. I like this one to be a tight and fun battle and I think the Aggies can keep pace and cover.